The fourth episode of The Walking Dead‘s eighth season was a dark hour for King Ezekiel, who lost not only the majority of his soldiers but also his beloved pet tiger Shiva.

After crawling out from under a pile of Kingdommers who had sacrificed themselves to shield him from the Saviors’ machine gun fire, the injured Ezekiel was dismayed to find his dead followers were beginning to turn. But as he attempted to escape the growing crowd of walkers, he was captured by a rogue Savior intent on knocking the King down a peg.

“That cat just loves you. Gave you everything, didn’t it? Gave you an angle, a story. Got to hand it to you, you played your cards good. You played your people good. They ate that horses—t right up,” the Savior taunted Ezekiel at gunpoint. “Take away that tiger, what’s left? Just some meaningless con man in a costume.”

Luckily, Jerry swooped in at the last second to rescue Ezekiel from his tormentor. However, the two still weren’t safe, as the horde of walkers was fast approaching.

Meanwhile, Carol was busy infiltrating the Saviors’ outpost in an attempt to stop them from retreating back to the Sanctuary with their high-powered weapons. But she abandoned her plan when she caught sight of Ezekiel and Jerry in danger, leaving the task of capturing the guns to Rick and Daryl.

Despite the fact that Ezekiel’s faith was noticeably shaken, Jerry and Carol were intent on getting him back to the Kingdom. Unfortunately, the lowest moment of the episode was still to come.

As the trio attempted to make their way through a walker-infested swamp, the limping King became insistent that they leave him behind to save themselves. It was then that Shiva appeared out of nowhere to battle the undead. But while the tiger was able to rescue Ezekiel from near-certain death, she was no match for the swarming horde and met a gruesome end as her master watched helplessly on. 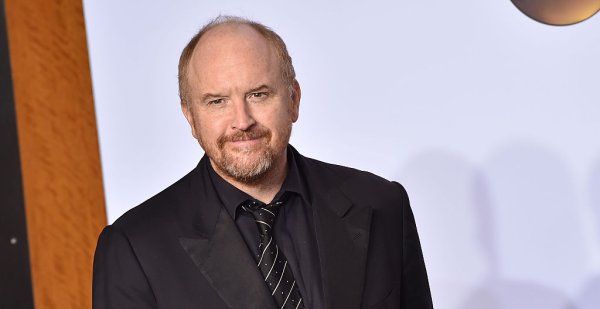 Why FX Cutting Ties With Louis C.K. Is a Big Deal
Next Up: Editor's Pick