Should You Work for the Trump Administration Even If You Disagree With the President?

Former Supreme Allied Commander Europe Admiral James Stavridis makes a speech at the departure Ceremony for OTAN Rapid Deployable Corps - Italy bound for Afghanistan at Ugo Mara Barracks in Solbiate Olona, Italy, on Jan. 10, 2013.
Pier Marco Tacca—Getty Images
Ideas
By James Stavridis
Admiral Stavridis (Ret.), a TIME Contributing Editor, was the 16th Supreme Allied Commander at NATO and is an Operating Executive at The Carlyle Group. His new book is 2034: A Novel of the Next World War. His previous nonfiction book was Sailing True North: Ten Admirals and the Voyage of Character

After 37 years of public service in the Navy, I am an unabashed advocate for everyone stepping up to serve our nation. When people very nicely say to me, “Thank you for your service,” I am grateful and moved — but I also gently point out that there are so many ways to serve this nation: police, fire and rescue, first responders, Peace Corps, Teach for America, America Corps, US Foreign Service, US AID workers, career civil servants, disaster relief volunteers, elementary school teachers, inner city clinic nurses, school board members, on and on. Service ought to be the first responsibility of a citizen, and I talk about its importance constantly, most recently at the commencement exercises of Dickinson College last spring. And I thank all of them for their service.

But lately, I am hearing more and more from my students at The Fletcher School of Law and Diplomacy here at Tufts University a troubling question: if I am in violent disagreement with the policies and character of President Trump, can I effectively serve in his administration? Does it cross a moral threshold?

Let’s start with a profile of Fletcher students. The school is the oldest and first graduate school founded purely for the study of international relations in the USA. In very round numbers, we have about 600 students, and graduate nearly 300 each year. Armed with a newly minted Masters of Arts in Law and Diplomacy, they generally go into government service (around a third), the international banking and finance world (another third), and international organizations like the United Nations, International Committee on the Red Cross, Project Hope (the final third). Around 60% are US citizens, and the rest hail from 80+ countries around the globe on average. They are in their late-20s, speak at least one foreign language, and are sophisticated and thoughtful observers of both domestic and global politics.

Each year, we have dozens of US graduates who head into the US Foreign Service, go to work for US AID, accept positions at the CIA and NSA, or take general civil servant jobs across the entire US interagency. As a rule, they are smart, ambitious, and imbued with an admirable love of country. The vast majority are in general disagreement with various policies of the Trump Administration (the Wall, the drift toward isolationism, walking away from the Paris Climate Accords, rejection of free trade), and I am struck by how many are particularly appalled by the lapses in character ranging from petty lies at the podium in the White House (crowd size, armies of unregistered voters) to childish name calling to the truly shocking revelations of the Billy Bush tape, especially in the context of the Harvey Weinstein revelations and the #metoo campaign.

What I say to the students is essentially three things: First, the country is more important than any one person, even a President; and thus you should continue to think of ways to serve the country in the broadest sense, including within the Administration. Second, I would counsel against taking a job that in anyway requires you to work directly for the President. None of my students are going to be offered cabinet jobs anytime soon, of course, but here I mean positions in the immediate orbit of the President, e.g. in the White House itself. It saddens me to say it, but the closer you are to this President organizationally, the higher the risk you carry to your reputation and integrity. And third, if you collide with a policy over which you fundamentally disagree for moral or ethical reasons, you should of course resign — just as a senior military officer is obligated to disagree in private but then either execute the policy or put his or her stars on the table.

So I end up telling my students to go into the Foreign Service, or take that job at CIA, or be part of General Mattis’s team in the Office of the Secretary of Defense, jump into the Department of Homeland Security. Work hard to make a difference, and often big doors swing on small hinges – never underestimate the ability of a good, smart, articulate, young staff officer to shift a policy debate. Sadly, too many of them are rejecting my advice and refusing to step up to public service jobs. Of note, State Department – where 60% of career Ambassadors have quit recently – has seen a shocking 50% drop in the number of applicants to the Foreign Service. I hope that can be reversed, and Secretary Tillerson in particular must address these challenges in his Department.

These are troubling and challenging times, both globally and domestically. But America still matters deeply to each of us, and in so many ways to the world. So to my students I say, Serve your country loudly and proudly, even in the Trump Administration. But I close my advice with a small tale from Greek mythology: Daedalus, an imprisoned inventor, constructed artificial wings so he and his son could flee a prison in Crete in ancient times. His son, Icarus, loved the wings so much that he soared too close to the sun, despite his father’s warning – the wax holding them together melted, and Icarus plunged to his death in the Aegean Sea. The cautionary tale for my students is apt: don’t fly too close to the sun of the President himself because the wax holding your wings together, like those of Icarus in the Greek legend, may melt all too quickly. 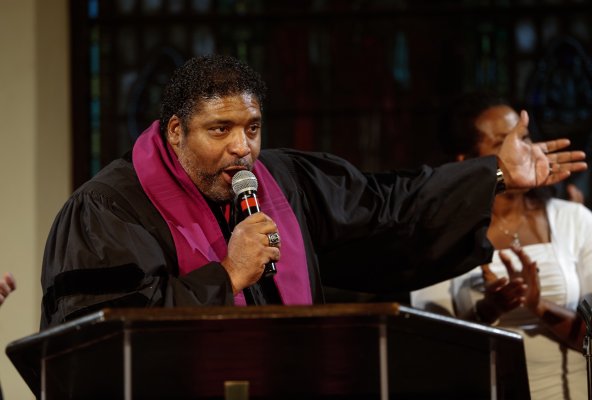