Top comedians such as Jon Stewart, John Oliver and Trevor Noah took the stage at the 11th annual Stand Up for Heroes benefit on Tuesday night armed with plenty of jokes about President Donald Trump.

The comics who performed at the event presented by the New York Comedy Festival & the Bob Woodruff Foundation — which raises money for military veterans — poked fun a variety of topics during their acts at New York City’s Madison Square Garden, but Trump was definitely a popular target. Former Daily Show host Stewart, for instance, took aim at President Barack Obama supporters who voted for Trump.

“What I don’t understand is that 10 to 15 percent of Obama voters voted for Trump. How does that happen?,” he said, according to USA Today. “‘You know who I really want to vote for? That very professorial gentleman from Kenyan birth — that’s the guy I really love. But since he’s not running this year, I’m going to check out the “grab ’em by the p—y” candidate.’ That seems like a very natural evolution.”

Oliver, on the other hand, joked about how it currently feels to be a patriotic American. 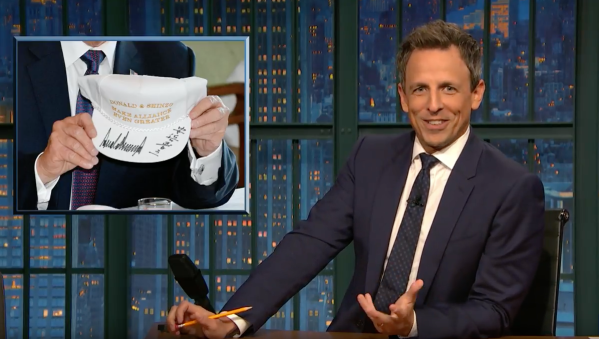