A couple walking by the Tomb of the Unknown Soldier. May 1943.
Historical / Corbis / Getty Images
By Lily Rothman

On Saturday, for the annual Veterans Day National Ceremony, at exactly 11:00 a.m. on the 11th day of the 11th month, a wreath will be laid at Arlington National Cemetery at the Tomb of the Unknown Soldier. The ritual has happened annually for more than half a century — but the tomb, also referred to as the Tomb of the Unknowns, and the day have been intertwined for even longer.

The day now known as Veterans Day originated with Armistice Day observances marking the anniversary of the 1918 end of World War I, which became an official holiday in the 1930s. For that reason, many nations that participated in the First World War will also be marking its end — often called Armistice Day or Remembrance Day — on Saturday.

Pilgrimages to the Tomb of the Unknowns at Arlington — and parallel pilgrimages to such tombs in cities around the world — likewise quickly became an Armistice Day tradition for U.S. dignitaries and military families in the years immediately following the war. The Unknown Soldier had been interred on Armistice Day in 1921, just three years after the war’s end, with President Warren G. Harding leading the ceremony. As TIME later reported, even as early as the selection of the body to be thus honored, the tomb has always been a place of great significance in the American imagination:

However, in the years that followed, the hope that World War I might be the “war to end all wars” was dashed, and the meaning of Armistice Day began to change, too. In 1954, the U.S. Congress officially turned Armistice Day into Veterans Day because, as President Eisenhower said at the time, “in the intervening years the United States has been involved in two other great military conflicts, which have added millions of veterans living and dead to the honor rolls of this Nation.” (Memorial Day, which honors those who died in combat, is much older, dating back to the years immediately following the Civil War.)

Accordingly, unknown troops from later wars — World War II, Korea and Vietnam — were also honored with interment at Arlington. Following the Vietnam War, however, the tomb’s tenders faced a new problem: an unknown soldier of that war was to be buried at Arlington alongside his comrades, but between modern identification techniques and the small-unit fighting style of the war, every lost troop was identified, as of 1972. When an “unknown” was finally selected for Vietnam in 1984, questions remained as to whether he was truly unidentified, and he was exhumed and identified about a decade later.

Today, even though Veterans Day has lost some of its association with World War I and is not only about honoring veterans who have died, the Tomb of the Unknowns retains its central place in the observance of the day. It’s no coincidence that it was at the Tomb that famed World War I soldier Alvin York in 1941 gave his answer to those who wondered whether war’s continued presence in the world meant that he and his comrades had fought in vain, as TIME reported then.

“People who ask us that question, ‘What did it get you?’ forget one thing. True, we fought the last war to make the world safe for democracy, and we did for a while,” he says. “The thing they forget is that liberty and freedom and democracy are so very precious that you do not fight to win them once—and then stop. Liberty and freedom and democracy are prizes awarded only to those peoples who fight to win them and then keep fighting eternally to hold them.” 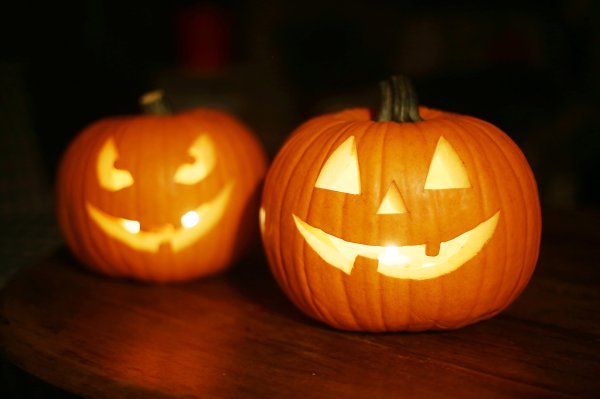 Are You Ready for Halloween? Find Out With This Spooky Word Puzzle
Next Up: Editor's Pick