There's No Such Thing As 'Old Age' Anymore

Ray Lego—Getty Images
Ideas
By Joseph F. Coughlin
Coughlin is founder and director of MIT’s AgeLab and the author of The Longevity Economy.

There are so many older adults in Florida that they’ve created their own city. The Villages, located smack in the center of the state, has a population of 157,000 people. By design and by fiat, virtually all of its residents are over the age of 55. The Villages has its own culture, its own norms, its own lifestyle. The primary mode of transportation is the golf cart. Tens of thousands of the little white vehicles crisscross the landscape. Accordingly, the community’s slogan is “Free golf for life!” (Thirty-six golf courses make up the heart of the Villages.) It is the sort of arrangement one looks at and says, “Only in Florida.”

The state does earn its reputation: 20% of its population is over the age of 65, and over 40% is over 50. But Florida is not as unique as you might think. One of America’s numerous (and sometimes infamous) Baby Boomers turns 65 every eight seconds. In about a decade, the nation’s age demographics will line up with that of the Sunshine State. We will become a nation of Floridas.

Making such a society livable will require far more than golf carts. It will demand a great deal from all of us — entrepreneurs, employers, policymakers and, yes, as individuals. In a world in which nearly half the population is over the age of 50, we will have to start thinking of older people differently, more expansively.

The first thing we will have to recognize is that our very notion of old age is made up — an idea that in its modern form was only devised about a century ago. In the mid-to-late 1800s, antiquated medical theory suggested that the only healthy thing for older adults to do was rest. That since-debunked idea soon wormed its way into every aging-related institution we now take for granted: the first government pensions, corporate retirement policies, dedicated old-age homes and popular culture. Surviving well into the 21st century is the idea that older people are “supposed” to be consumers of ideas, work, products and culture, but never producers: always takers; never givers.

Today, ask anyone over the age of 60 or so if she wants to sit in a rocking chair for the rest of her life — on average, a far longer life than at the turn of the 20th century — and she’ll laugh you out of the room. And yet, outmoded norms concerning the capabilities and goals of older people persist. They remain at the core of misguided products, policies, workplace expectations — you name it. As the demographic swell of the Baby Boomers begins to make its demands heard, however, that will change.

Living longer and better may mean working longer. It may mean a lifetime of learning and growth. We may see older adults in roles to which we are not accustomed: retail, manufacturing, teaching and delivering healthcare (not just receiving it). The energy we draw from our older population may grow to become one of our most valuable resources. Businesses founded by people over the age of 50 are already major sources of employment across the nation.

Products designed with older people in mind must go beyond vitamins, walkers and pill-reminder systems. An aging society has given rise to a new multi-trillion-dollar market of consumers who want not just to be taken care of but also live out aspirations once considered impossible in old age. These products, services and experiences will become a source of economic growth and innovation: a new export to a world that is aging at a pace far faster than the United States and a means of transforming what we once considered old into a new form of economic competition.

In particular, technologies no longer should be built on the antiquated idea that older people must remain separate from society and at rest. Consider those simplified cell phones that only call one’s kids and 911: a technology of universal connection reduced down to two contacts. Once upon a time, such devices made sense for many older adults. But as tech-savvy boomers age into their 70s and beyond, most will demand tech with full functionality that is also highly usable. No one who uses an iPhone now is going to switch back to a push-button device willingly, no matter her age.

Note that pronoun, by the way. In older age brackets, there are fewer older men than women, who already make the greater number of household purchasing decisions. Technologists and other product designers should make a female user a default when they design items for older people. For one, phones should be built for smaller hands.

But as we become a nation of Floridas, we must be careful to avoid producing too many of those most peculiarly Floridian phenomena: communities like The Villages.

Nothing is wrong with The Villages per se. Its residents are very happy and that’s the most important consideration about a place where people live. It offers a lifestyle that is attractive to many wonderful people, and a deserved respite from youth-oriented culture. But it also represents a troubling possible future for our era of longevity: one in which the young and old segregate themselves from each other.

The way this could happen is simple. Society fails to recognize the needs, desires and aspirations of older people, treating them as invisible — or, worse, as a problem to be solved. We continue to write a story of old age that retires people away from everyone else, rather than finding ways to engage them, to activate their talents. In response, it’s only natural that older people would choose to cloister themselves away.

We can’t afford for it to be this way.

The challenge we all face is to actively build an age-ready nation. The longevity economy in the U.S. alone adds up to over a hundred million older people, many of whom have the potential to live beyond the age of 100. We need to be ready.

Infrastructure from housing to transportation must be reengineered. Accessibility will no longer be a nicety or a legal mandate, but an essential feature of both public and private spaces, so that no one of any age will be shut out from the world.

New rituals for post-midlife have to be invented. How about downsizing parties, for when you move to a smaller home and want to give away some great stuff? Grandparent showers? Midlife sabbaticals? Celebrations for educational achievements in one’s forties and beyond? Not to mention new forms of social engagement beyond cruises and golf courses. We need new signposts for how to live in what amounts to a brave new stage of life.

Workplaces will have to learn to utilize the unique skills and institutional knowledge of older workers, and resist the age-old urge to age-discriminate. A new social contract for employers and employees will be written. Major sectors of the economy are facing a coming wave of retirements, and finding ways to keep an older workforce engaged may help ensure that key industries maintain the knowledge necessary to compete. Robotics will come to be seen not as a job taker, but a job saver, making squatting, lifting and stacking possible despite older knees and hips in the workforce.

A successful nation of Floridas will require so much more than van rides and pills and home health aides. More than anything, we as individuals will have to rethink old age, both for the sake of those older than us and, more selfishly, for our own future selves. An older America done right will improve quality of life across the board. After all, if we’re lucky, the future of old age is the future for everyone. 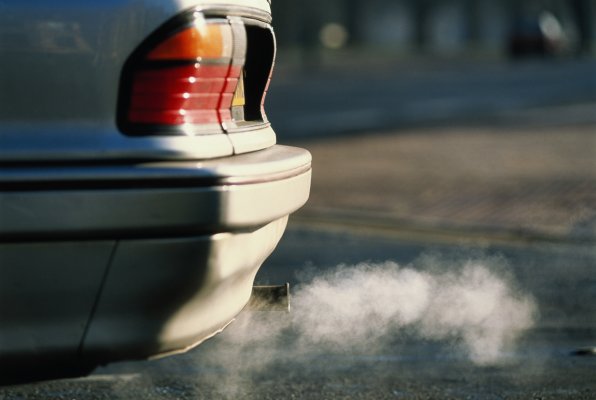