The House GOP has angered two groups in an unexpected pairing by eliminating the adoption tax credit in their tax reform bill: advocates for same-sex families and pro-life groups.

“By definition, unless you are a lesbian couple using a friend to provide donor sperm and doing insemination at home, then almost every other avenue costs money,” he says.

Adoption advocates say that number has likely only increased since the report was published.

“You’ve got a growing number of LGBTQ individuals who are now increasingly pursuing adoption,” says Chuck Johnson, president and CEO of the National Council for Adoption.

The adoption tax credit on the chopping block is a tax refund available to parents who adopt children, which can be applied over the course of five years. For 2017, the Hill reports, the federal adoption tax credit was $13,570. The cost of an adoption can be far higher, up to nearly $40,000 from an agency, according to data from Adoptive Families Magazine.

Just as LGBTQ and adoption activists are pushing back against scrapping the credit, so too are pro-life groups, making for surprising bedfellows.

“Part of the pro-life message is promoting adoption as the loving option,” says Mallory Quigley from Susan B. Anthony List, a pro-life organization.

“The adoption tax credit is not just one more policy issue. Vulnerable children ought to be a priority for us all,” tweeted Russell Moore, head of the Ethics & Religious Liberty Commission of the Southern Baptist Convention.

“Being pro-life means being pro-adoption,” echoed Nebraska Sen. Ben Sasse. “Congress must remember this as we work through the details of tax reform in the coming weeks.”

Rep. Kevin Brady, the Republican congressman from Texas who oversaw the tax plan, is the father of two adopted sons, the Washington Post reports. He defends cutting the adoption tax credit, saying that the tax reform bill overall will still help parents who want to adopt children by growing the child income tax credit and “giving families more in their paychecks, especially the middle-class families that are crucial for adoption.”

The credit is a very small part of the overall tax system, costing the government $355 million in 2014, according to the Post. By comparison, the Joint Committee on Taxation estimates the plan will cost more than $1.4 trillion over ten years.

With reporting by Pratheek Rebala and Maya Rhodan 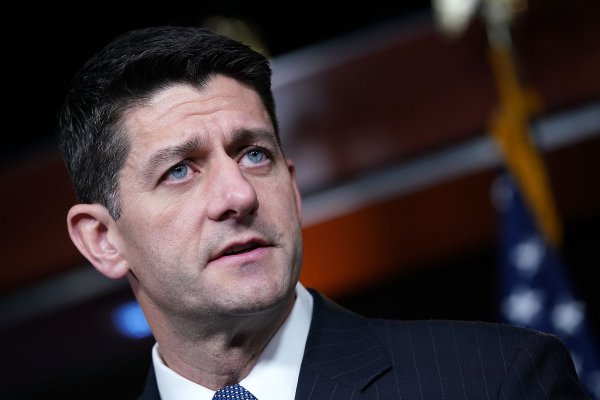 Paul Ryan Says Congress Will Not Interfere With Robert Mueller's Russia Investigation
Next Up: Editor's Pick