Tibetan spiritual leader the Dalai Lama sits on his ceremonial chair as he prays before beginning a religious talk at the Tsuglakhang Temple on October 6, 2017 in Dharamsala, India.
Shyam Sharma—Hindustan Times via Getty Images
Ideas
By Sarah Begley

World leaders of all stripes have found it impossible to avoid reacting to Donald Trump’s presidency. The Dalai Lama has previously shared his thoughts, calling the U.S. more “selfish” under President Trump last month, and he now writes that the “Make America Great Again” ethos “isn’t relevant” from a global perspective.

In his new book An Appeal to the World: The Way to Peace in a Time of Division, the Dalai Lama devotes a short chapter to thoughts on the American president. Asked by his co-author, Franz Alt, whether “Make America Great Again” and “America First” are “up-to-date in this age of globalization,” The Dalai Lama responds, “When the president says ‘America First,’ he is making his voters happy. I can understand that. But from a global perspective, this statement isn’t relevant. In today’s global world, everything is interconnected. America’s future is dependent on Europe, and Europe’s future is dependent on the Asian countries.”

Noting that the U.S. is “a leading nation of the free world,” the Dalai Lama argues that America should “affiliate itself more closely with Europe. I am an admirer of the European Union. It is a great, trailblazing example of a peace project.” He laments that Trump withdrew the U.S. from the Paris climate accord, writing, “He surely has his reason for doing so.”

“The U.S. is still very powerful,” the Dalai Lama writes. “The motto of the forefathers of modern Americans was democracy, freedom, and liberty. Totalitarian regimes don’t have a future.”

An Appeal to the World is out on Tuesday. 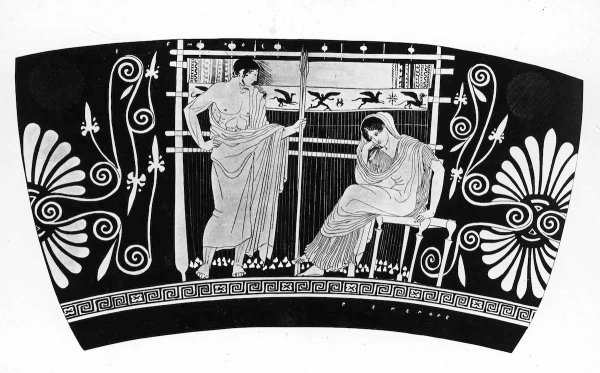 First Woman to Translate Homer's 'Odyssey' Into English: How Modern Bias Is Projected Onto Antiquity
Next Up: Editor's Pick