Donald Trump Was Criticized for Overfeeding Fish in Japan. But the Prime Minister Did It First

A report circulating about President Donald Trump in Japan seems a little fishy.

When the president met Japanese Prime Minister Shinzo Abe for lunch at the Government Palace Sunday, Abe had boxes full of fish food for the two leaders to feed the inhabitants of a Koi pond. Reports immediately began surfacing, mostly on on social media, that Trump had simply dumped his entire box of fish food into the water.

But the situation was taken out of context. The pool report explicitly notes that both Trump and Abe — not just the president — initially took portions of the fish food from the box before tossing out the remnants.

“The two leaders then leaned out and began throwing spoonfuls of the food into the water, before eventually turning over the bowls and dumping the rest out,” the pool report reads.

The full video of the moments shows this as well. And Twitter users were quick to correct the misinformation that seemed to be floating around. (Pun intended). 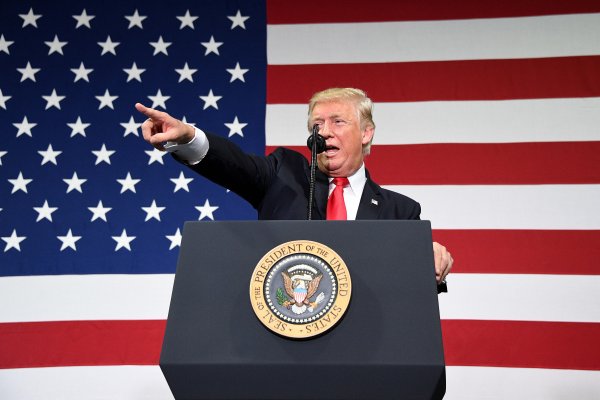 Trump Would Personally Benefit From GOP Tax Plan
Next Up: Editor's Pick