What to Know About the 'Paradise Papers' Leak

A leak of more than 13 million documents pertaining to wealth stored in offshore tax havens has revealed information on tens of thousands of the world’s wealthiest companies and people, including high-profile figures from U.S. Commerce Secretary Wilbur Ross, to the Queen of England.

The documents — tagged as “Paradise Papers” — were obtained by German newspaper Süddeutsche Zeitung and shared with almost 100 media partners around the world by the International Consortium of Investigative Journalists (ICIJ), an international consortium of journalists.

The scale of the leak rivals that of last year’s Panama Papers, which laid bare 11.5 million financial documents for public scrutiny. According to the ICIJ, that exposé resulted in an estimated $135 billion being wiped off the value of nearly 400 companies, the recuperation of over $110 million worth of unpaid taxes, and at least 150 inquiries, audits or investigations by police, customs, financial crime and mafia prosecutors.

Like its 2016 predecessor, the disclosure of the Paradise Papers sheds light on the complex structures the global elite use to obfuscate their financial dealings. While the use of offshore accounts is not in and of itself illegal, it is sometimes linked to money laundering and tax avoidance.

Here’s what else to know about the Paradise Papers:

What has been leaked?

The Paradise Papers comprise of 13.4 million files leaked from two offshore service providers and 19 tax havens’ company registries. In the eye of the storm is a law firm called Appleby, which has branches in Bermuda, the Cayman Islands, the British Virgin Islands, the Isle of Man, Jersey and Guernsey. Unlike Mossack Fonseca, the firm at the center of the Panama Papers leak, Appelby is a member of the reputed legal “magic circle” and says it has always operated within the law.

“Appleby has thoroughly and vigorously investigated the allegations and we are satisfied that there is no evidence of any wrongdoing, either on the part of ourselves or our clients,” the company said in a statement issued a fortnight before the papers were made public.

What are the biggest stories to emerge so far?

Trump’s commerce secretary invested in a Russian firm with links to Putin: When President Donald Trump picked Wilbur Ross as his Commerce Secretary, the 79-year-old divested most of his business interests. But Ross maintains a stake in a NYSE-listed shipping company called Navigator, which has convoluted links to Russian President Vladimir Putin.

Since 2014, Navigator — which Ross invests in through a chain of companies in the Cayman Islands — has collected more than $68million for services rendered to Moscow-based gas and petrochemicals giant called Sibur. That company is part-owned by Russia’s youngest billionaire Kirill Shamalov, who also happens to be Vladimir Putin’s son-in-law. Shamalov is not under U.S. sanctions but his father Nikolai, a longtime friend of Putin, is. In 2014, the U.S. and the European Union penalized him in response to Russia’s aggression in Ukraine and subsequent annexation of Crimea.

In short, the U.S. Commerce Secretary stands to benefit from the operations of a company closely connected to people under U.S. sanctions. Democrats are now saying Ross misled Congress about the nature of his investments.

In an interview with the Guardian, Daniel Fried, an assistant secretary of state for European and Eurasian affairs under George W. Bush said that Ross’s connections with “cronies of Putin” threatened to undermine U.S. measures to reign in Russian aggression. “I don’t understand why anybody would decide to maintain this kind of relationship going into a senior government position,” Fried said. “What is he thinking?”

The disclosure comes amid special counsel Robert Mueller’s ongoing investigation into allegations of collusion between Russia and the Trump administration. In response to questions posed by the New York Times, a spokesman for Ross said the Commerce Secretary had never met the oligarchs behind Sibur and that he “recuses himself from any matters focused on transoceanic shipping vessels.” The spokesman added that Ross had been generally supportive the administration’s sanctions of Russian. In a later interview with CNBC, Ross said there was “nothing wrong with anything that was done” and called allegations that he had deceived his stake in Navigator “totally wrong.”

The Paradise Papers show that the financial arm of state-run Gazprom, and Russia’s VTB Bank poured funds into two investment vehicles that in turn purchased about $1billion worth of shares in Facebook and $191 million in shares of Twitter in or around 2011. Those investment vehicles are owned by a Russian technology mogul named Yuri Milner, who also has an $850,000 stake in a startup co-founded by Kushner.

Milner — who has in the past advised the Russian government on technology — denies the U.S. social media giants were made aware the money for his funds’ investments came from Russian state-owned enterprises. In interviews after the publication of the papers he said that VTB Bank’s investment did not buy it influence at Twitter and that he was not aware Gazprom Investholding had backed the Facebook stake. He has also downplayed his relationship with Kushner, saying he had only met the U.S. President’s son-in-law once.

Before initially investing in Facebook in 2009, Milner worked a stint at the World Bank and then established the Russian social media service Mail.ru. The tech entrepreneur, who is a friend of Facebook founder Mark Zuckerberg and attended his California wedding, has lived in the U.S. with his family since 2014.

Facebook and Twitter have pushed back against accusations of lapses in their due diligence. In a statement, Facebook noted that the investment vehicle Gazprom used had been a “passive investor” with no voting rights or board seat, and that its stake had been sold five years ago.

The leak comes amid an ongoing investigation into covert Russian meddling the run up to and after the U.S. Presidential Elections. A Senate intelligence hearing last week revealed that Russian electoral disinformation had reached 126 million people on Facebook alone. Senator Dianne Feinstein called the online manipulation of Americans the “beginning of cyberwarfare.”

The Queen of England has investments in a business the exploits poor families in Britain: The private estate of Great Britain’s Queen Elizabeth II has invested millions of pounds in previously undisclosed funds based in the Cayman islands and other offshore jurisdictions. Some of that money has boosted the coffers of a business that has been criticized for preying on financially vulnerable families.

The Paradise Papers show that through the Cayman Islands fund, the Duchy of Lancaster — the body responsible for managing the royal investment portfolio — invested an undisclosed sum in a company called BrightHouse. Britain’s largest rent-to-own retailer, BrightHouse supplies goods like TVs and refrigerators to families under a high-cost credit scheme. Earlier this year Britain’s financial regulator said the company had not acted as a “responsible lender” and ordered it to pay £14.8m ($19million) to almost 250,000 customers.

The Duchy of Lancaster invested in BrightHouse in 2005, before the retailer was criticized for exploiting poor families, and said it had no idea it had a stake in the company until it was approached by reporters, according to the Guardian. It also denies the British Monarch gained a tax advantage by investing in a Cayman Islands-based fund. Still, the level of oversight the royal estate applies to making sure its investments are ethical, and the use of offshore funds more broadly, is in question.

At the time of its most recent filing in March the duchy reportedly managed £519million ($678million) in assets.

Trudeau’s money man may have used tax havens: The latest disclosures reveal that the chief fundraiser to Canada’s Prime Minister Justin Trudeau might have shuttled millions of dollars between offshore jurisdictions to legally avoid paying taxes in the U.S., Canada and Israel.

Stephen Bronfman, a scion of one of Canada’s wealthiest families, is accredited with transforming the Liberal Party into a financial juggernaught and propelling Trudeau to its premiership in 2013. Promoted to chief fundraiser for the party, he was instrumental in helping Trudeau win Canada’s 2015 federal election.

But tax experts say that some transactions allegedly undertaken by Bronfman’s private-investment company Claridge may have breached tax rules in using a series of shell companies and other entities to move money around.

A lawyer representing the Bronfman family told the ICIJ and the Canadian Broadcasting Corporation that “none of the transactions or entities at issue were affected or established to evade or even avoid taxation” and that they “were always in full conformity with all applicable laws and requirements.”

Any “suggestion of false documentation, fraud, ‘disguised’ conduct, tax evasion or similar conduct is false, and a distortion of the facts,” the lawyer added.

A spokesman for Trudeau declined to comment but the revelations about Bronfman could be a political liability for the Prime Minister, whose electioneering platform of reducing inequality and going after tax dodgers had resonated with the Canadian public. 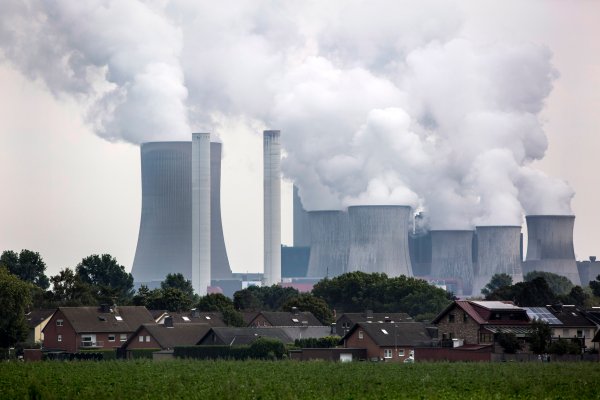 What Does the Trump Administration Want at the COP 23 Climate Talks?
Next Up: Editor's Pick