Bullying at school led an 11-year-old Hampton, S.C. girl to fatally shoot herself, he family said

Toni Rivers, who was a sixth grader at a Hampton County School District 1 elementary school, had been bullied for months, her family said, and her mother, Amy Thomas, had been in contact with the school multiple times, WTOC reports. The South Carolina Law Enforcement Division is investigating the girl’s death

On Wednesday, Rivers told five of her friends “that she just couldn’t do this anymore, and she was going home and she was killing herself,” Maria Petersen, the girl’s aunt, told WTOC.

Rivers’ sister found her lying on her back with a gunshot wound on Wednesday afternoon. She called 911, and Rivers was rushed to Charleston’s Medical University of South Carolina Health, where she received treatment for 72 hours before being pronounced dead.

The girl had her own gun, according to her stepfather, Robert Thomas, which she used to take her life. Thomas told WTOC that the family regularly shoots, but that bullets are kept away from guns in the house and that the children typically did not touch them.

Petersen told WTOC that the family is upset with her niece’s school, which she says did not do enough to stop the problem. “Obviously, we’re devastated beyond any type of words, and we’re angry,” Petersen said. “We’re angry at a school system that failed that little girl, failed this family and failed this community.” 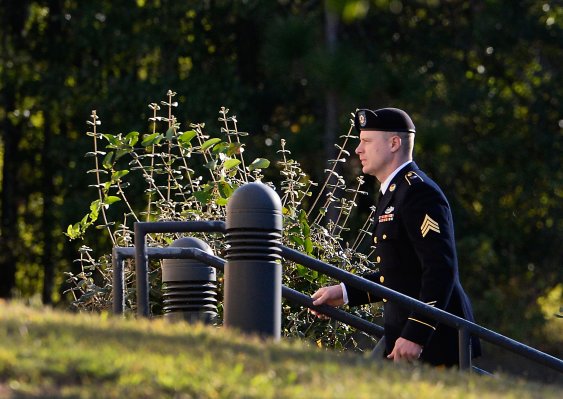 Bowe Bergdahl Was Just Dishonorably Discharged. What's That?
Next Up: Editor's Pick