Back in September, when Republicans introduced the first look at their plan for massive tax reform, President Donald Trump insisted that his supporting it was selfless. “It’s not good for me, believe me,” he said.

But this wasn’t exactly true, as TIME explained then, and now that the bill has been written, nothing much has changed.

The bill as it currently exists, known as the Tax Cuts and Jobs Act, overwhelmingly helps wealthy Americans like Trump. It’s a big project: the bill drops the number of tax brackets from seven to five, reduces taxes for most Americans, slashes the corporate tax rate from 35% to 20%, and gradually repeals the estate tax.

Many of the specific elements of the original plan that would benefit Trump remain intact: the death of the estate tax, for example. Under current law, if you inherit more than $11 million from a deceased loved one, you might pay up to 40% of it in taxes. Trump’s net worth is around $3 billion, according to responsible estimates; under the estate tax repeal, his children won’t have to forfeit any of that inheritance when he dies.

The bill also does away with the Alternative Minimum Tax (AMT), a half-century-old measure that prevents wealthier Americans from exploiting too many deductions and loopholes. It requires them to calculate their taxes twice — once with every available tax deduction, and once with the largely deduction-free AMT formula — and if the latter amount is higher, they have to pay the difference.

No longer. This will certainly benefit Trump: according to a leaked tax return from 2005, the AMT increased the president’s tax bill from $5.3 million to $36.5 million. That’s $31 million he would have saved without the AMT.

Republicans have also proposed dropping taxes for small businesses, including those known as “pass-through”

They have become more popular among the wealthy in recent years as a way of categorizing their income under the lower personal income tax rate rather than the corporate tax rate.

House Republicans have also proposed lowering taxes for businesses known as “pass-throughs” — whereby their income “passes through” to their owners. That income is then taxed at individual income tax rates — which can be as steep as nearly 40%. The new plan could slash the tax rate for these businesses to 25%. 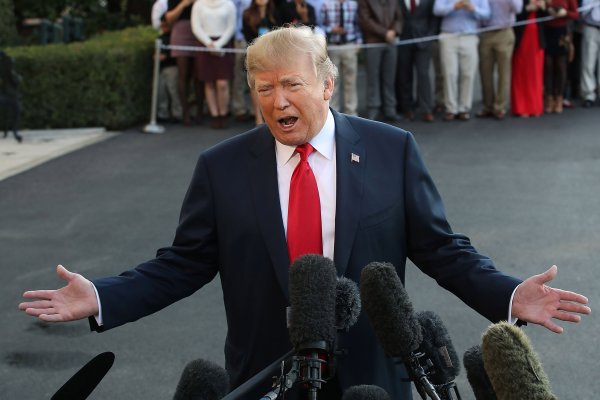 President Trump Doesn't 'Remember Much' About Meeting With George Papadopoulos
Next Up: Editor's Pick