Kevin Spacey created a “toxic” work environment on the set of “House of Cards” through a pattern of sexual harassment and assault, eight employees who work on or used to work on the show told CNN.

One former production assistant accused the Oscar winner of sexually assaulting him during one of the show’s earlier seasons, CNN reports. All eight current or former employees spoke out anonymously for fear of reprisal.

They all alleged to the outlet that Spacey displayed “predatory” behavior on the set of the Netflix show, touching employees without consent and making lewd comments towards staffers who were usually young men. PEOPLE reached out to representatives for the actor, Netflix and House of Cards production company MRC in regards to the allegations made to CNN but did not receive any immediate response.

The actor’s agency CAA and his publicist have since announced they have parted ways with the actor, according to Deadline.

“I have no doubt that this type of predatory behavior was routine for him and that my experience was one of many and that Kevin had few if any qualms about exploiting his status and position,” the staffer, who accused Spacey of assault, told CNN. “It was a toxic environment for young men who had to interact with him at all in the crew, cast, background actors.”

“I was in a state of shock,” he told CNN. “He was a man in a very powerful position on the show and I was someone very low on the totem pole and on the food chain there.”

The production assistant did not tell any of his managers at the time, he said. Netflix was made aware of the alleged incident by CNN.

“Netflix was just made aware of one incident, five years ago, that we were informed was resolved swiftly,” the streaming service said in statement to CNN.“On Tuesday, in collaboration with MRC, we suspended production, knowing that Kevin Spacey wasn’t scheduled to work until Wednesday. Netflix is not aware of any other incidents involving Kevin Spacey on-set,” the statement continued. “We continue to collaborate with MRC and other production partners to maintain a safe and respectful working environment. We will continue to work with MRC during this hiatus time to evaluate our path forward as it relates to the production, and have nothing further to share at this time.”

MRC, House of Cards’ production company, told CNN in a separate statement on Thursday that they have begun “an anonymous complaint hotline, crisis counselors, and sexual harassment legal advisors for the crew.”

Over the past week, Spacey has faced multiple allegations that he made unwanted sexual advances toward young male actors. On Thursday, he announced that he is seeking treatment.

The announcement came just days after Star Trek star Anthony Rapp, 46, claimed in a Buzzfeed News report published Sunday that Spacey made inappropriate sexual advances toward him at a private party in New York City in 1986. Spacey was 26 at the time, and Rapp was 14.

As a response to the report, Spacey issued a statement on Twitter Sunday evening saying he didn’t remember Rapp’s alleged incident and apologizing “for what would have been deeply inappropriate drunken behavior.” He also publicly came out as gay in the same statement, which was met with criticism from numerous celebrities.

Netflix has since shut down production on House of Cards indefinitely, after announcing that its upcoming sixth season will also be its final.

Actor Roberto Cavazos came forward on Tuesday and recounted his own alleged experience fending off Spacey while also claiming the Netflix star’s inappropriate behavior toward younger actors was “common” practice during his 12-year-run as artistic director at The Old Vic Theatre.

“If you have been connected with The Old Vic or in our employment and feel you have a complaint that you were unable to raise, please contact us,” The Old Vic Theatre said in a statement Tuesday.

The theater has appointed external advisers “to help us deal with any information received.” 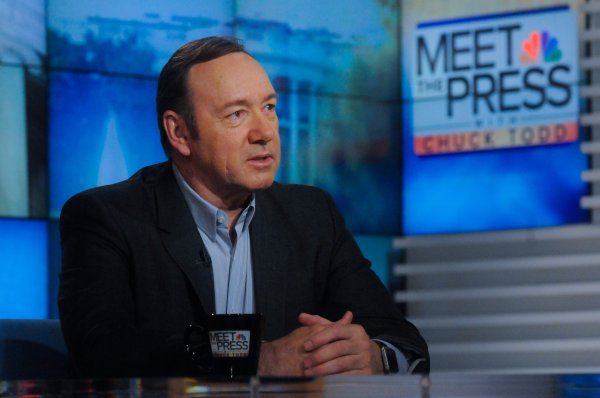