Massachusetts Sen. Elizabeth Warren said on Thursday that she does think the Democratic National Committee “rigged” its 2016 presidential primary nomination in favor of Hillary Clinton.

Her comments came during an interview with CNN’s Jake Tapper on Thursday after an explosive book excerpt from former DNC chairwoman Donna Brazile revealed that the DNC entered into an agreement with Clinton’s campaign that effectively gave the campaign control over the party’s finances, strategy and operations before Clinton received the nomination.

“This is a real problem,” Warren said Thursday. “But what we’ve got to do as Democrats now is we’ve got to hold this party accountable.”

When Tapper asked Warren whether she thought the DNC was rigged in 2016, the Senator simply responded: “Yes.”

The liberal Democrat said she spoke with Tom Perez, the DNC’s new chairman, when he was elected to the position earlier this year, and told him he needed to make the Democratic Party into a place where people from both the liberal and more centrist wings feel comfortable. Warren has been seen as a potential candidate to lead the party in 2020 and has continued to be outspoken about what she believes Democrats must do under President Donald Trump. 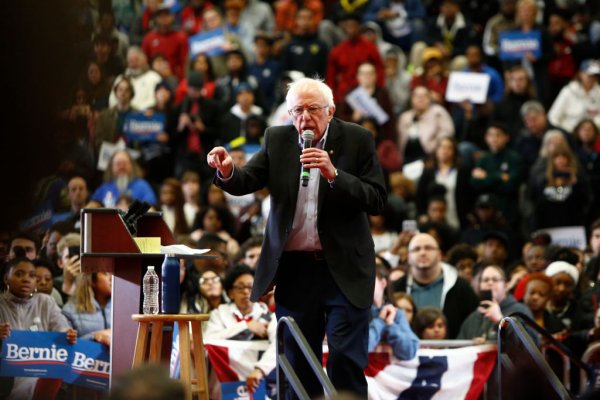 Dem Donors Trying to Stop Sanders Worry It's Too Late
Next Up: Editor's Pick