Brazile, who served as interim DNC chair leading up to the 2016 election, had promised former presidential candidate Sen. Bernie Sanders (D-Vt.) that she would investigate whether Clinton’s campaign rigged the nomination process ahead of the election. In the course of her research, she writes, she learned about a joint fundraising agreement among the DNC, Clinton’s campaign and the campaign’s fundraising arm.

Under the agreement, Brazile explained, Clinton’s campaign provided a $2 million loan to the debt-ridden DNC, and took advantage of a loophole in campaign finance law to use the party “as a fund-raising clearinghouse.” In essence, the deal allowed the Clinton campaign to control the party, and its finances, well before securing the Democratic nomination, or even officially entering the presidential race.

Brazile, by her account, was “in agony” when she dialed Sanders to tell him what she had found. “Hello, senator,” she remembered saying. “I’ve completed my review of the DNC and I did find the cancer. But I will not kill the patient.”

You can read the full excerpt from Brazile’s book Hacks: The Inside Story of the Break-ins and Breakdowns that Put Donald Trump in the White House, here. 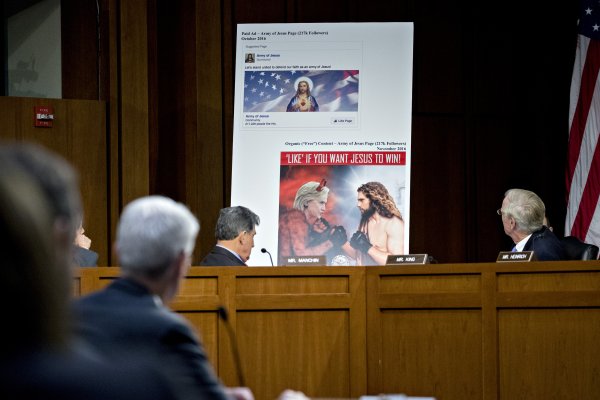 Here Are the Memes that Russian Operatives Shared to Influence 2016
Next Up: Editor's Pick