Donald Trump Used to Say Climate Change Is a Hoax. The Government Just Confirmed It Isn't

The climate change report, known as the National Climate Assessment, predicts that sea levels could rise by as much as eight feet by the end of the century, average annual temperatures will continue to rise and forest fires will continue to grow in severity. Humans are “extremely likely” to be responsible for global warming and that “there is no convincing alternative explanation,” researchers write.

“This climate report is unprecedented for the U.S. and portends to be of unprecedented value in our national and international discussions of present and future climate change,” said report lead author David Fahey of National Oceanic and Atmospheric Administration in a conference call for journalists. “This period is now the warmest in modern civilization.”

The report’s definitive conclusions come despite fears that the White House would seek to stifle the report to undermine efforts to address climate change. President Trump used to call climate change a “hoax”, has repeatedly questioned the science of climate change and appointed similarly-minded officials to top positions in his administration. In both domestic and foreign affairs, Trump has sought to undo policies intended to address the issue.

Officials from the National Oceanic and Atmospheric Administration (NOAA) acknowledged the fear but said that the administration did not attempt to change the report’s scientific conclusions. “The word interference might have been a threat but it never materialized,” said Fahey. “What goes on in the background, outside of my limited science purview, I can’t speak to.”

The report does not list policy solutions to address climate change, but researchers said that countries around the globe need to slow the emissions of the greenhouse gases or risk unsafe levels global warming. Temperatures could rise as much as 5°C (9°F) by 2100 if left greenhouse gas emissions are left unchecked, according to the report. Countries from around the globe identified 2°C (3.6°F) as a target to limit warming by the end of the century as part of the 2015 Paris Agreement on climate change. Scientists say that at that point humans will begin to feel some of the most catastrophic effects of climate change.

The findings of the report will come as little surprise to those who follow advances in climate science. But the report, which was mandated by Congress and reviewed by 13 federal agencies, lends additional credibility to the urgency of climate change. 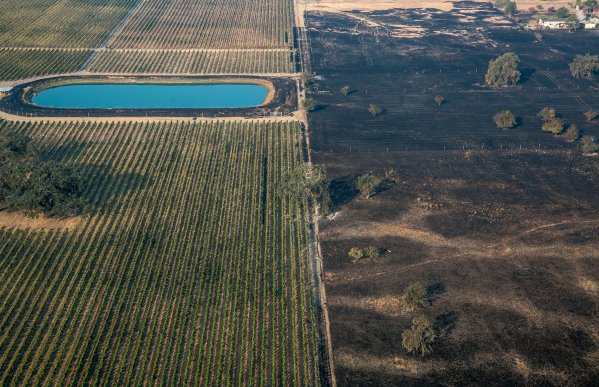 Study: Climate Change Is Damaging the Health of Millions of People
Next Up: Editor's Pick