After This Week, Trump Is a Lot Closer to Being Impeached

Ideas
By Allan Lichtman
Lichtman, a professor of history at American University, is the author of The Case For Impeachment.

The real story behind Special Counsel Robert Mueller’s indictment of Paul Manafort and Rick Gates and George Papadopoulos’s guilty plea on lying to the FBI is the impeachment of Donald Trump. It matters little for the future of the nation if these private citizens are sent to prison. It matters profoundly whether the most powerful man in the world who controls America’s nuclear codes is unfit to continue to serve as president.

In a September 2016 interview with the Washington Post I defied conventional thinking with two big predictions: that Donald Trump would be elected president and would be impeached during his first term. The first prediction came to pass, and Mueller has now laid a foundation for the second prediction, which I reaffirmed in my book, The Case for Impeachment.

Impeachment skeptics miss the forest for the trees. Already, Mueller’s filing in federal court of just partial information from his plea deal with Papadopoulos, contains stunning new revelations. At a minimum, top campaign officials with access to Trump showed an openness to collusion with the Russians. The filing confirms that the Russians hacked Democratic emails to disseminate “dirt” about Hillary Clinton and help Trump. Papadopoulos’s Russian contacts informed him of this hacking more than a month before any public disclosure of such hacking and six months before a report by the U.S. intelligence community confirmed Russia the hackers. The filing also provides not just circumstantial but also direct evidence that Trump knew of efforts within his campaign to collude with the Russians.

These revelations may not by themselves establish the case for impeachment, but Mueller’s investigation is still in its early stages. “The game has just begun,” said Paul Rosenzweig, a senior counsel in the Ken Starr investigation of President Bill Clinton, “this is just the bottom of the second inning in a long game.”

Soon after Papadopoulos joined the Trump campaign in early March 2016, Russians with ties to the Kremlin began cultivating him as a conduit into the campaign. Papadopoulos then emailed co-chair Sam Clovis, about using these Russian connections “to arrange a meeting between us and the Russian leadership to discuss U.S.-Russia ties under President Trump.” The Russian government was desperately seeking to free itself from U.S. sanctions that were crippling its economy. Rather than expressing alarm about this intended collusion with the Russians, Clovis responded, that he would “work it through the campaign.” He made no commitments, but added, “Great work.”

The direct evidence of Trump’s knowledge of Papadopoulos’ collusion with Russians came at a March 31, 2016, meeting of the campaign’s foreign policy advisers. Per the filing, Papadopoulos said to participants “in sum and substance that he had connections that could help arrange a meeting between then-candidate Trump and President Putin.” A photograph of this 12-person meeting shows that Papadopoulos was sitting just a few feet away from candidate Trump at a conference table when he made this offer.

In April 2016, one of his Russian contacts told Papadopoulos that “They [the Russians] have dirt on her”; “the Russians had emails of Clinton”; “they have thousands of emails.” Armed with this information, Papadopoulos took his quest for a Trump/Putin meeting to campaign chair Paul Manafort. On May 21, 2016, Manafort forwarded Papadopoulos’s email to his deputy Rick Gates, saying, “We need someone to communicate that DT is not doing these trips. It should be someone low level in the campaign so as not to send any signal.”

In August 2016, in response to Papadopoulos’s suggestion that he should make the trip to Russia himself on behalf of the campaign, co-chair Clovis wrote, “I would encourage you” and another foreign policy advisor to the campaign to “make the trip, if it is feasible.” The court filing says without explanation, that this trip did not take place.

In filing a solid case against Manafort, with the prospect of a lengthy prison term, Mueller may flip an insider who can tie circumstantial evidence directly to Trump, an essential element of impeachment. It was testimony of a Richard Nixon insider, former White House counsel John Dean, that became a tipping point in the process that led to bipartisan articles of impeachment by the House Judiciary Committee and Nixon’s resignation.

We have so far seen only the tip of Mueller’s iceberg. New indictments and perhaps other flipped witness are certain to follow in Mueller’s relentless investigation of the the Trump-Russia connection and also allegations that the president obstructed justice. A Russian sword of Damocles is hanging over this American president by the slenderest of threads. When this sword falls even Republicans, as in the Nixon case, will likely be compelled to begin impeachment proceedings. Otherwise Trump, whose approval ratings are already at historic lows, will take them down in the midterm elections of 2018. 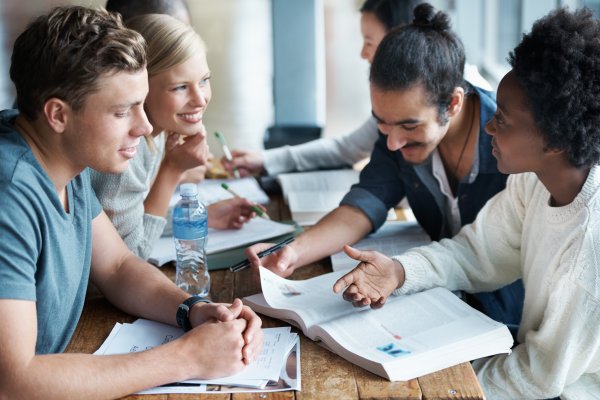 Big Tech’s Appetite for New Talent is Hurting Universities
Next Up: Editor's Pick