The 2016 Election Will Never End

The one-year anniversary of the 2016 presidential election is in less than a week, but in many ways the contest never ended.

The latest reason: A controversial excerpt from former interim chair of the Democratic National Committee Donna Brazile’s upcoming book, Hacks: The Inside Story of the Break-ins and Breakdowns that Put Donald Trump in the White House, published in Politico on Thursday morning.

In the piece, Brazile outlines how she uncovered a joint fund-raising agreement between the DNC and Hillary Clinton’s campaign that allowed the former Secretary of State to control the party’s finances, strategy and money.

“Her campaign had the right of refusal of who would be the party communications director, and it would make final decisions on all the other staff,” Brazile writes. “The DNC also was required to consult with the campaign about all other staffing, budgeting, data, analytics, and mailings.”

Brazile describes the agreement as the “proof” that Clinton rigged the presidential primary against Vermont Sen. Bernie Sanders, an argument that Sanders’ supporters, the Donald Trump campaign and even Russian operatives using U.S. social media have all advanced.

Coming from the former campaign manager for Al Gore’s 2000 run and someone who admitted tipping off the Clinton campaign to town hall questions, the excerpt is particularly damaging to Clinton.

But Clinton has said she is never running for public office again, and no one should have any reason to doubt her. Sanders remains high on the list of people most likely to run in 2020, but he’ll be 80 years old then, and there’s a long line of Democrats itching to jump in the race. Brazile’s future is more as a pundit than anything else.

The biggest audience for Brazile’s book, then, are the voters. The people who sat through 19 months of campaigning, repeatedly said they were disappointed with their choices and added that they were “frustrated” and “disgusted” by the election. Because it won’t go away.

It’s not just the revelations about the Democratic primary. It’s the probes into Russian attempts to influence the election which keeps recirculating the gross and inflammatory memes that polluted everyone’s social media feeds. It’s Clinton’s book tour, which has kept her in the limelight as she critiques Trump’s performance as president. It’s President Trump’s tweets, which keep bringing up “Crooked Hillary” like he was still standing before a stadium full of voters in 2016. It’s Fox News anchor Sean Hannity mistakenly referring to “President Clinton” on his show.

Most of this is necessary.

The 2016 election raised important questions about the future of America, the strategies of its two major political parties and the divides between Americans on race, gender and class. The extent of Russian meddling still needs to be uncovered in order to safeguard future elections and bridge the political divisions it sought to widen. Clinton and Trump are entitled to their opinions, especially on each other, and there’s not much anyone can do to stop either of them anyway. And until Democrats find a new standard-bearer, conservative pundits will continue to train their fire on Clinton.

But just because it’s necessary doesn’t mean voters have to like it. As it is, many Americans view presidential elections as something to be endured every four years, not a full-time preoccupation. Few of the arguments about 2016 address any of their concerns about health care, the way the government is being run, immigration or the economy. 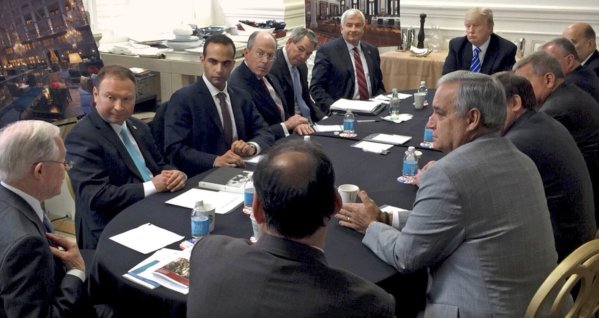