Five years ago, the consensus was that China, with its ballooning middle class, would need to undertake painful, liberalizing political reforms lest its state capitalist system eventually collapse. Today, it looks like China’s political and economic system is better positioned for the future than those of its major Western rivals — as I argued in a longer essay for TIME this week. These five facts help explain why:

1. It has the world’s most powerful leader

As last week’s successful 19th Party Congress made clear, Chinese President Xi Jinping has no equals among the world’s most powerful people. Xi spent his first five years consolidating domestic power, launching a wide-ranging anti-corruption campaign that swept up more than 1.4 million party members—boosting his credibility with the Chinese people while sidelining his political rivals. Xi’s been so successful in the pursuit of domestic power that “Xi Thought”, his personal political philosophy, has now been enshrined in China’s constitution, making him the most influential modern Chinese leader since Mao Zedong. All this at a time when liberal democracies around the world are struggling to keep the ship steady. From the perspective of the West, it’s bad luck that the U.S. has its weakest president at the same time that China has its strongest.

2. It reaps global benefits from a state-controlled economy

But China didn’t need Xi’s coronation last week to herald its arrival. While the U.S. economy remains 40% larger than China’s in terms of GDP, China’s top-down control of its economy and state-owned enterprises means it can harness its economic power and channel it in ways Washington can only dream of.

China writes checks to befriend other countries, and it does so without the demands the U.S. typically requires of its loan-recipients (like adherence to human rights). Yes, the U.S. still has the almighty U.S. dollar, the world’s global reserve currency, which ensures it remains a player in the global economy for years to come. But China has a proactive plan to realize its global economic ambitions—the jewel of which is the One Belt One Road infrastructure plan, a network of roads, ports, tracks, and pipelines that will tie together the economies of more than 60 countries across Asia, Africa and Europe.

China’s state capitalism doesn’t just power the country’s economy, it gives Beijing the ability to strategically engage a fracturing world in a way that Washington, with its diffuse and independent economic centers, can’t.

3. It keeps the population in line with state-created jobs…

That same top-down control of its economy and willingness to throw money at problems serves Beijing well on the domestic front, as well. Beijing has seen how tech and labor shocks have upended the politics of other major powers—it has no intention of following suit.

And make no mistake about it, the same labor and tech trends that have displaced millions of middle-class workers are now making their way to the developing world. But China’s state-dominated economy allows China to ride out tough economic times with minimal risk of social instability by creating jobs that serve no market purpose. For years, Western analysts have bemoaned China’s social-engineered stability as “inefficient”, and they were mostly right. It just turns out that there are bigger problems confronting governments than labor inefficiency.

4. …and by leveraging advances in technology

The result? In the West, companies use algorithms to expand profitability, making people better consumers; in China, companies use algorithms to make people better behaved citizens. And Beijing is doubling down—China is preparing to launch its “social credit system”, which marshals a person’s financial data, social connections, consumption habits and legal compliance to assess a person’s “trustworthiness.” That trustworthiness could then determine something as innocuous as who can reserve a hotel room without a deposit, to something as serious as deciding the quality of schooling a person’s child will receive.

For Westerners, that has shades of Big Brother; for Chinese, it’s a system to establish trust among citizens and deter criminal activity. Either way, it’s an effective way of keeping disruptive social discontent at a minimum—or at least in check.

5. Others are following in its footsteps

The Chinese system can be brutal, inefficient and repressive at times, among other (valid) criticisms. But as the world continues to fragment, the Chinese governing model will continue to gain appeal, for other governments if not for their citizens. International demand remains for a successful governing model for developing markets across Asia and Africa, and at a time when the U.S. and European variants are looking increasingly dysfunctional.

Does all of this mean that China will “win” in the long run? Hardly. The world is fragmenting, and the days of a single colossus striding the globe and imposing its will on others is finished. And long-term challenges for Beijing remain—a Chinese credit bubble may be looming on the horizon, and China has the bad luck to be situated in one of the most geopolitically precarious neighborhoods.

But it’s time we abandon the presumption that China’s state capitalist model is bound to fall apart soon; increasingly, the burden of proof on staying power is on liberal democracy. 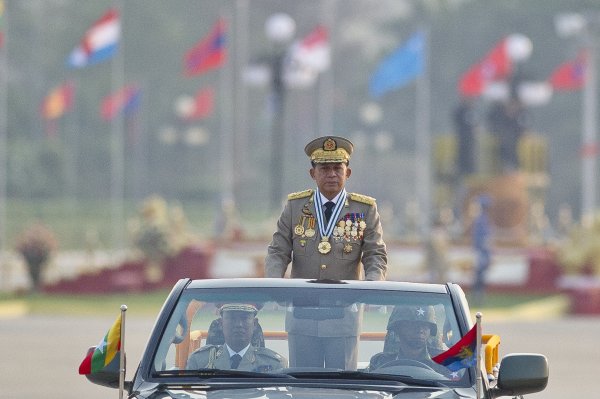