The fateful morning began like so many others in the White House residence. The President turned on the television and started to stew. The news was about him, and it was brutal: indictments, Russia, that terrible special counsel.

From his lonely bubble at the center of it all, Donald Trump watched and raged. “Sorry, but this is years ago,” he announced to the world. “Also, there is NO COLLUSION!”

The ritual may have been familiar: the angry tweets, the isolated, obsessed President. But no cries of “Fake news!” could shake the sense, on the morning of Oct. 30, that this time the Trump presidency was entering a new and dangerous phase. No amount of distraction or deflection could alter the hard fact of the first criminal charges. Up until now, the Russia scandal has been an ambient hum of speculation and innuendo. Now it’s a legal case. With the indictments of two top former campaign aides to the President and the guilty plea of a third former adviser, the specter that shadowed the Administration from the start has become a reality. It was all there in the 12-count indictment, headlined by the charge of “Conspiracy Against the United States.”

The one-two punch thrown by special counsel Robert Mueller knocked out any remaining hope Trump might have had that the Russia investigation would fizzle. To the contrary, the indictment of Paul Manafort, Trump’s onetime campaign chairman, alleges that the President’s campaign was run, for a crucial period, by a foreign agent who had worked on behalf of a Putin-friendly regime. Manafort, the court filings charged, laundered tens of millions of dollars and evaded taxes while serving as an unregistered bagman for the political operation of the Russian-aligned Ukrainian strongman Viktor Yanukovych. And then he went to work for Trump. Even after Manafort was pushed out of the campaign, his business partner Rick Gates, who was also indicted, remained in Trump’s orbit.

If that wasn’t damaging enough, the surprise guilty plea of former campaign foreign policy adviser George Papadopoulos shattered Trump’s claim that his campaign never sought to collude with Russia. Papadopoulos admitted to lying to the FBI about his efforts to set up meetings with Kremlin-connected sources dangling “dirt” on Hillary Clinton as senior campaign officials egged him on, according to court documents. If it turns out that Papadopoulos didn’t manage to collude with the Russians, it wasn’t for lack of trying.

Mueller’s opening gambit struck at two of Trump’s most sensitive spots. The indictments of Manafort and Gates, for crimes like tax evasion and fraud suggest that Mueller is following the money, digging up old financial records–potentially the tax returns that Trump has sought to shield. And Papadopoulos’ alleged work with Russia inflames at Trump’s fear of having his election win delegitimized. Worst of all for the President, the filings paint a broad and damning picture of where the probe may be heading–a process over which Trump has no control. “Now we’ve seen the iceberg,” says a Republican operative. “The question is what’s below the water line.”

The charges sketched a troubling portrait of a Russian influence operation that had penetrated the American electoral system from multiple angles. The Russians sought out low-level players like Papadopoulos. They had an in with senior officials like Manafort and Gates. They hacked and strategically released emails stolen from the Democratic National Committee and the Clinton campaign. And they executed a far-reaching social-media campaign of bots and trolls and fake news: in recent congressional hearings, Facebook representatives testified that Russian disinformation reached a number of people equal to half of all eligible voters in 2016–but that the company didn’t realize the extent of the effort until long after the election was over. If the goal of Russia’s election-meddling effort in 2016, as U.S. intelligence experts testified, was to sow chaos and undermine American democracy, then it’s clear that the operation is still succeeding, and will continue to do so for the foreseeable future.

At the White House, staffers reacted to the revelations with concern but not panic. “They’re used to being at the center of the storm. They’ve got pretty thick skin at this point,” says a GOP consultant with ties to the White House. “Nobody knows where this is going, but they’re not naive. It’s hard to see this just stopping with one person.” Anyone who couldn’t tolerate this level of risk doesn’t work there anymore, or wouldn’t work there in the first place. With the firings and departures of heavyweights like Stephen Bannon, only a handful of yes-men in the building remain loyal to the President above all. Besides those few, the ex-aide says, “he’s surrounded by people who don’t like him.” And people whom he does not fully trust. The President, a former campaign aide says, is feeling “boxed in.” Trump always seems able to escape his political predicaments, no matter how seemingly dire. But the law is a different matter.

Mueller’s net may never fall squarely on the President, who has not himself been implicated in any wrongdoing. In responding to the news, the White House even claimed a measure of vindication, pointing out that Manafort’s alleged crimes were unconnected to his work with Trump, and that Papadopoulos was a relative nobody who was caught red-handed. It’s doubtful that any of this will damage Trump’s rapport with the Republican right. Among his base, a long-debunked allegation about the Clinton Foundation and a uranium company was being treated as the real scandal, along with the recent revelation that the Clinton campaign helped bankroll the notorious secret dossier alleging Trump’s ties to Russia. Bannon and other operatives are moving to cement Trump’s ownership of the GOP by bullying lawmakers who stand up to the President and directing voters’ anger at common enemies.

On Capitol Hill, the President’s fractured party continued its time-tested tactic of proceeding as if nothing out of the ordinary was happening. Lawmakers preferred to focus on the desperate quest for tax reform, which suffered another setback on Oct. 31 when it turned out that no one could agree on what to put in the mystery bill being worked out in secret. “Downplay, distance and deny,” is how one senior staffer to a Republican congressman described the strategy vis-à-vis the investigation. GOP lawmakers are already weary and discouraged by their unproductive year, and badly estranged from a White House that gives them little direction or political cover (but plenty of trouble). A few hours after the charges were unsealed, at a press conference ostensibly about judicial nominations, reporters pelted the assembled Republican Senators with Mueller-related questions. Rather than address them, Senator Chuck Grassley of Iowa turned on his heel and walked out the door, nearly knocking over a rack of American flags in the process.

“He’s demanding loyalty, and I’m afraid he’s going to continue to get it from Republicans, because he’s still popular among the Republican base,” says Peter Wehner, a former aide to President George W. Bush and a Trump opponent. Certainly he has the loyalty of the conservative media; as Mueller turned up the heat on Trump, Fox News and the Wall Street Journal suddenly began to argue that the special prosecutor was out of control and should resign. “It’s all of a piece with Trump,” Wehner says. “It’s confrontation, it’s unrelenting conflict, it’s one civic guardrail after another pulled out of the ground and tossed aside.”

The chaos has disrupted the left too. Outraged and mostly powerless, Democrats feuded in the wake of the charges over how to press the Russia issue. A top party donor, Tom Steyer, has pumped $10 million into ads calling for Trump’s impeachment, even as the party’s tacticians try to steer the conversation to higher ground. The Mueller probe also claimed a Democratic power broker, as the superlobbyist Tony Podesta stepped down from his firm, which had worked with Manafort on his Ukrainian campaign.

In the exhausting cycle of scandal and outrage that defines the Trump presidency, every development can seem like just more noise–a daylong freak-out that will be forgotten in a few weeks, superseded by the next series of fights. The Mueller matter, White House press secretary Sarah Huckabee Sanders said, is “an investigation that, frankly, most Americans don’t care too much about.”

But Mueller isn’t at the mercy of public opinion or a frenetic news cycle. No clever spin or culture-ginning controversy will throw the dogged prosecutor off the scent. His mission is different, and his filings were aimed at an audience of potential targets and collaborators, sending threatening or beguiling messages to whomever he might be going for next. He signaled that he has, in Papadopoulos, a cooperating witness who was arrested months ago. The revelation raises a host of tantalizing questions. Does that mean the obscure former adviser has been gathering evidence for the feds ever since? What will be the next target–will it be the former National Security Adviser Michael Flynn, who has already admitted acting as an unregistered foreign agent? Could Mueller come for Jared Kushner, Trump’s son-in-law and confidant? And if the noose begins to tighten around the President’s own family, how might he react?

For now, Trump watched from afar as Manafort appeared in federal court in Washington, trailed by cameras, and pleaded not guilty. If the Russians were also watching, they might have smiled: if it was chaos they sought, this was beyond their wildest dreams. But in Mueller and his investigators, the threat to American democracy faces a different, formidable opponent. The gears of the legal system are turning; the rule of law, which Trump has not yet managed to master, is still in force. The case has just begun. All the President can do is watch it unfold–a helpless spectator, like the rest of us.

–With reporting by NASH JENKINS/WASHINGTON 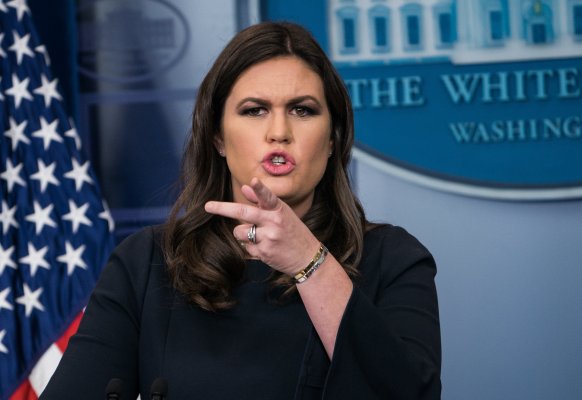