President Xi’s consolidation of power is a recipe for paralysis
Fred Dufour—Pool/REUTERS
Ideas
By Richard Haass
Haass is president of the Council on Foreign Relations and the author of A World in Disarray: American Foreign Policy and the Crisis of the Old Order; he served from 1989–‘93 as the chief Middle East and South Asia advisor on the White House National Security Council.

On the surface, it would seem to be China’s moment. The economy continues to grow at a healthy clip, a new leadership is firmly ensconced in the aftermath of the just concluded party congress, and the country is filling some of the strategic space left vacant by a United States that is increasingly disinterested in trade pacts and global leadership.

But as is often the case, appearances can be deceiving. Economic growth has slowed (probably more than official statistics indicate), and some of the growth that exists stems from government subsidies of state-owned enterprises that would otherwise likely fail.

As a result, China’s debt is reaching dangerous levels. Efforts to generate more consumer demand and make employment less dependent on access to foreign markets is proving difficult. Much of the low-hanging fruit, including moving people from rural to urban areas, has been picked. Making things tougher is that stability has taken precedence over reform; China’s leaders want the economic benefits of an open society without the political risks. This is easier said than done.

Speaking of politics, President Xi Jinping enjoys power on a scale rivaled only by former leaders Mao Zedong and Deng Xiaoping. But this concentration of power has its downsides. It is not just that succession (and long-term stability) is an open question. It is also the lack of meaningful checks and balances. Any errors by Xi are likely to persist. And there is the likelihood that almost all decisions will require Xi’s personal involvement as officials fear getting crosswise with their boss. This is a recipe for paralysis.

This is highly relevant, given that Xi faces a daunting inbox. In addition to economic challenges, there is the reality of an aging society, serious air and water pollution, increased inequality and persistent corruption, despite an official campaign to stamp it out.

Chinese foreign policy also faces hurdles, beginning with North Korea. China is unwilling to use all the leverage at its disposal for fear it would destabilize the status quo. But this means risking either a war or a region in which other countries acquire nuclear weapons; the former would be an economic disaster, the latter a strategic one. Meanwhile, problems with other neighbors, wary of China’s strength, are likely to multiply.

All of which suggests Xi’s dilemma. He may be tempted to turn to a more assertive foreign policy as an alternative way to demonstrate the party’s legitimacy and right to rule. But in so doing he could jeopardize the stability that has contributed so directly to China’s economic growth. The only thing that is certain is that the future of China is much less assured than commonly assumed.

Most Popular on TIME
1
Judge Orders Extradition of Teen Charged in Kenosha Shooting
2
This Map Shows How America Voted in Every Election Since 1824
3
Yes, Texas Could Go Blue This Year 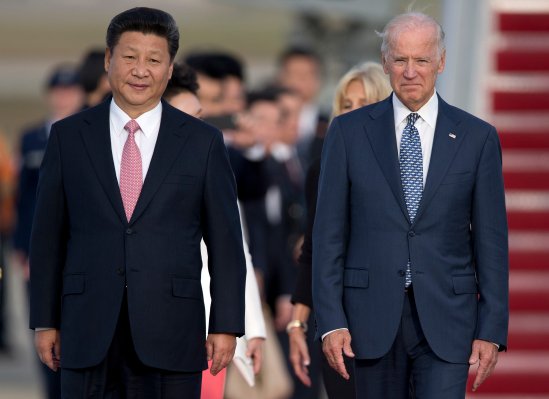 What the U.S. Election Could Mean for Relations with China
Next Up: Editor's Pick