We Worked on Tax Reform Under Reagan. The Republican Plan Is a Corporate Sellout

President Donald Trump frequently points to Ronald Reagan’s 1986 tax reform as a model for his own tax plan, which would drastically cut taxes on the wealthiest Americans. “Under this pro-America system,” Trump said in an August speech in Missouri, “our economy boomed. It just went beautifully — right through the roof.”

We were Senate staffers for Democrats back in 1986. There’s a lot about the Reagan reform that today’s Republicans appear to be forgetting. Indeed, what’s being proposed now is far, far friendlier to the rich and big corporations — and more harmful for everyone else.

Conservatives like to praise Reagan as an anti-tax crusader, but they never mention that in 1986 he pushed through major tax increases on corporations and capital gains. True, Reagan gave most Americans a personal tax cut — but he proposed eliminating a key business loophole called the investment tax credit (ITC) and agreed to raise the capital gains rate to 28%.

Because of that, the bill he signed in 1986 was essentially revenue-neutral — it actually raised taxes on corporations to cut them for individuals. In today’s dollars, corporate taxes went up by more than $50 billion a year.

Also, that bill went through the regular congressional order, with bipartisan support in the Democratic-controlled House and in the Republican-controlled Senate. When corporate lobbyists almost killed it in the House, Reagan went to the Hill personally to persuade enough Republicans to support the bill. When it was about to die in the Senate, Republican Finance Committee Chairman Bob Packwood suspended markup for several weeks to work on a new package with a bipartisan group of committee members.

The new package not only eliminated the ITC — it also closed loopholes used by passive investors and raised the capital gains rate. Contrary to Republican mythology today, real GDP grew by 3.5% and 4.2% in 1987 and 1988, respectively — effectively gutting the argument that corporate tax cuts and low taxes on investors are essential for growth. (Indeed, it may even be the opposite: A recent Institute for Policy Studies analysis found that the 92 profitable public American corporations with effective tax rates below 20% from 2008 to 2015 actually cut jobs over that period.)

In contrast to 1986, today’s Republicans argue that cutting corporate taxes is a magic elixir for the economy and are using budget procedures to avoid needing even a single Democratic vote.

What accounts for the difference? One reason might be that the corporate executives backing the GOP saw their own personal interests in the tax debate differently back then.

In 1986, executives got most of their pay through salaries, which showed up as ordinary income on their personal tax returns. So they cared deeply about the top personal income tax rate, which the Reagan reform slashed deeply. Thanks to that, they dropped their opposition to the tax hike on corporations. We saw firsthand that corporate lobbying against the bill evaporated with the prospect of top rates on personal income going down.

But executive compensation has shifted dramatically since 1986. Company stock and stock options soared from 24% of compensation in the 1980s to 60% in the 2000s. As a result, executives today are more fixated on their corporation’s stock price and their capital gains rate.

Republicans also are planning a budget gimmick that rewards firms that park their profits overseas with a special “tax holiday” rate to encourage them to recognize those profits on their domestic books. This was done in 2004, and a study found no benefit to U.S. jobs or research. In fact, it encouraged them to book future profits overseas in hope of another lucrative “holiday.”

All this comes at a price — literally.

In 1986, the Republican White House and Senate leadership were committed to tax reform that didn’t raise the deficit. That discipline ensured that serious loophole-closing accompanied cuts in tax rates. A plan that increases the deficit by $1.5 trillion over 10 years, as the budget resolutions recently passed by the House and Senate would do, has no such discipline.

Past CBO research has found tax cuts that boost the deficit are as likely to reduce growth as to increase it. And they’ll almost certainly put a squeeze on programs ordinary Americans depend on, like Medicaid and Social Security.

None of this helps the economy or the working people who rely on it. Instead, it’s a boon for the executives and wealthy investors who back the GOP — a party they couldn’t have even imagined during the Reagan years. 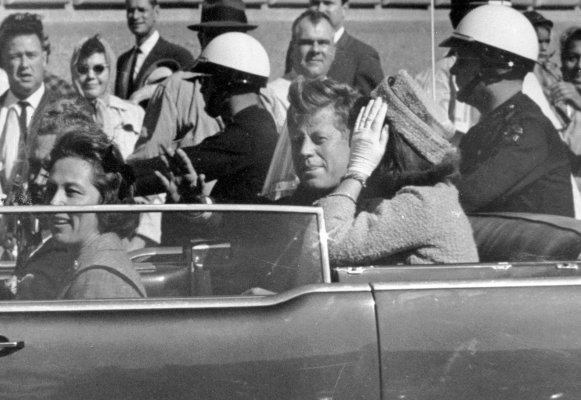 JFK’s Grandson: The JFK Assassination Files Release Contributed to Our Era of Distraction
Next Up: Editor's Pick