Eight People Have Died in the New York City Truck Attack. Here's What We Know About Them

Eight people were killed and 11 others injured Tuesday when a man drove a rental truck through a bicycle path in lower Manhattan, mowing down pedestrians and cyclists and careening into a school bus in what is being investigated as an act of terrorism.

The suspect, 29-year-old Uzbek national Sayfullo Saipov, has been shot by police and is in critical condition, according to the Associated Press. He is expected to survive.

Five of the victims were citizens of Argentina, according to a statement by the country’s foreign ministry identifying them as Hernán Diego Mendoza; Diego Enrique Angelini; Alejandro Damián Pagnucco; Ariel Erlij; and Hernán Ferruchi.

Erlij, a 48-year-old business owner, had paid the fares of some of his schoolmates so that they could attend the reunion, according to local media reports cited by the Guardian.

Argentina’s President Mauricio Macri wrote in a tweet: “Profoundly moved by the tragic deaths this afternoon in NY. We place ourselves at the disposition of the families of the Argentinian victims.”

The ministry’s statement, in Spanish, says that the five men who died as “a result of the dramatic terrorist attack” were all from the Argentine city of Rosario. They were part of a group of friends who had visited New York to celebrate the 30th anniversary of their graduation from a polytechnic school.

An Argentinian man, Martin Ludovico Marro, is also reportedly in hospital recovering from injuries he sustained during the attack.

Belgium’s foreign affairs minister Didier Reynders also confirmed the death of one Belgian citizen on Twitter. He later told Belgium’s Belga news agency the victim “was a woman from Roulers in western Flanders who was on a city trip with with her sister and her mother,” according to the Guardian.

In another tweet Reynders said three other Belgians had been injured in the attack. 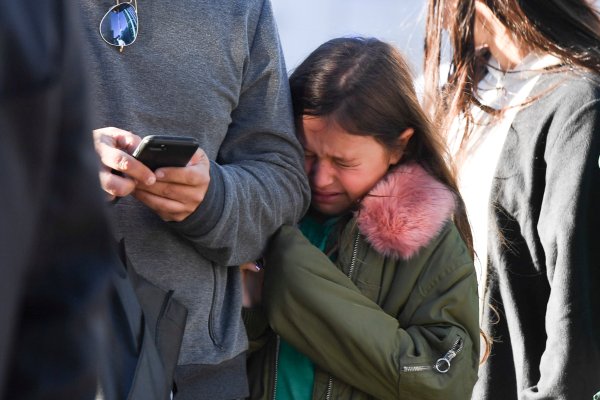 'Oh God. Not This Again.' Lower Manhattan Reacts to Another Terror Attack
Next Up: Editor's Pick