A Cyclist to a Terrorist: Your Fearmongering Has Failed

The Washington Post/Getty Images
Ideas
By Belinda Luscombe
Luscombe is an editor-at-large at TIME and the author of Marriageology: The Art and Science of Staying Together.

Each day that I ride down the Hudson River Bike path, which is nearly every day, I marvel that it’s there. It’s not like most of New York City. No traffic, no subway pole-hoggers, no delays, no cursing, no people whose earphones are leaking music. Just wind and water and trees and, in the right season, daffodils.

Cyclists can ride down the west side of Manhattan all the way from the northern George Washington Bridge to South Street Seaport; it’s usually the best way to commute up- or downtown. All types of people use it. There are guys with briefcases in their panniers. There are parents with kids on the front or back, going to school or home from soccer. I’ve seen David Byrne riding there several times, and I once saw Leonardo DiCaprio. (I recall, unlike Byrne, he wore a helmet.)

Because it’s New York City, you often see something weird: a gang of young men in leather vests and scarves around their heads riding the chunky share-bicycles of the Citibike program, an older gentleman who rings his bell and says hello to every single person he passes, a woman attempting to ride in the rain while holding an umbrella, a dog in a bike basket with a helmet, scarf and goggles. But unless you want to gawk at the eccentrics around you, there’s no reason to stop. Unlike elsewhere in the metropolis, there is very little to impede your movement.

That freedom, I suppose, is what made it so easy for a man to drive his car almost a mile down the bike path, intent on taking the lives those he encountered, before coming to a halt outside Stuyvesant High School, which marks the first set of traffic lights for dozens of blocks. He crashed into a school bus, got out shouting and brandishing what many thought were lethal weapons and was shot. Eight people died, five of whom were tourists from Argentina, a nation that has not had a military presence in the Middle East since 1991.

In this light, a bike path may seem like a high-value target for terror: one of the most idyllic and carefree and peaceful parts of the city.

But in another way, it makes no sense. It’s just us cyclists. It’s not even that crowded, especially not at that hour. And we are not going to abandon that bike path.

Little more than a decade ago, this particular path was an abandoned industrial port-wasteland, where you had to watch to not step on needles or broken bottles of Thunderbird — which was oddly convenient, since you had to avoid eye contact with the hopped-up junkies and aggressive prostitutes who hung out around there anyway. That was scary. Now it’s so safe, people sleep in the adjacent parks overnight. It’s going to take more than a disaffected, suggestible guy with a poor understanding of his faith to stop people using it.

Cyclists were using that same route the very day after the attack. The path was impeded by barricades and police cars, but my fellow bikers and I just wended our way south as best we could. Down side streets. Through traffic. Boring, not scary. I would not call this an act of defiance, exactly. I would call it an act of pragmatism. New York City’s cyclists are just as aggressive as her drivers and her pedestrians. They’re going to use whatever space they are given. The attack probably had a less deterrent effect on them using that path, in fact, than a couple of inches of rain or snow. Guys delivering takeout on motorized bikes, fools with battery-operated skateboards and MAMILs (Middle Aged Men in Lycra) who ride like they’re in the Tour De France pose more of a threat to the average bike-path user than another attack.

Striking the cycle-path was a horrible, evil thing to do. I mourn the dead, the fatherless kids. I feel for the horror of five families in Argentina, who lost loved ones in such a random and violent way. But if the desire was to strike enough fear in locals that they would abandon their small everyday pleasures, then it was also a failure. The bike path was open again the following evening and was well-populated by cyclists. There may be a chill in the air, but nothing will cool our resolve. 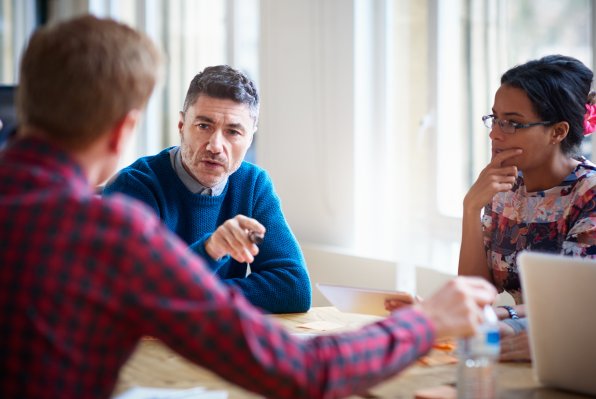 It’s Critical To Include Women in International Peace Processes
Next Up: Editor's Pick