The parade, now in its 44th year, marches costumed revelers down 6th Avenue from Spring Street to 16th Street. The event, which begins at 7 p.m. on Tuesday, will not be canceled due to the afternoon’s earlier events, but there will be an increased security presence, city officials said.

A 29-year-old male is currently in custody after driving a rented Home Depot pickup truck down a popular bike path in Lower Manhattan on Tuesday afternoon. The rampage killed at least eight and left dozens others injured, Mayor Bill de Blasio said at a press conference Tuesday.

There is no evidence of a continuing threat at this time, officials said. 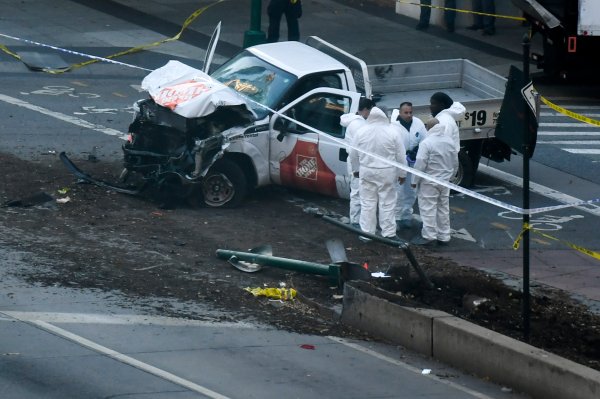 'Another Attack by a Very Sick and Deranged Person.' Trump Tweets About NYC Terror Attack
Next Up: Editor's Pick