Untreatable Gonorrhea Is Rapidly Spreading. Here’s What You Need to Know

As drug-resistant gonorrhea rapidly spreads around the world, one team of researchers may have a strategy to combat it, according to a new study.

Gonorrhea is becoming a superbug, meaning the drugs typically used to treat it are no longer reliably effective. Should gonorrhea’s antibiotic resistance continue to increase, the results could be bleak, given that the sexually transmitted disease can cause long-term complications like infertility if left untreated.

In July, the World Health Organization (WHO) reported that around the globe, about 78 million people are infected with gonorrhea each year, and that 97% of 77 countries surveyed from 2009 to 2014 reported the presence of drug-resistant gonorrhea strains. Sixty-six percent of the countries reported the emergence of resistance to last resort drug treatments for the infection.

If a person gets a resistant strain of gonorrhea today, it doesn’t necessarily mean that they won’t ever clear the infection. “At the moment, all cases of gonorrhea are still treatable using some combination of available antibiotics,” says Dr. Xavier Didelot, senior lecturer in the department of infectious disease and epidemiology at Imperial College London. “But at the current rate at which resistance is developing, we could find ourselves facing a situation where no antibiotic works, which would mean a return to the pre-antibiotic era.”

To prevent that from happening, researchers are working to figure out new treatment strategies for gonorrhea. In a new study published Tuesday in the journal PLOS Medicine, Didelot and his colleagues report that relying more on an older drug for the disease may stop it from becoming more resistant to antibiotics.

MORE: More Americans Have an STD Than Ever Before, Officials Say

Cefixime is an antibiotic that was previously used to treat gonorrhea, but doctors largely stopped using it due to high levels of resistance and its inability to clear infections. However, Didelot and his fellow researchers developed mathematical models to look at cefixime’s resistance trends between 2008 and 2015 and determine whether it could still be used in some people without increasing resistance. In the study, they predict that cefixime could be re-introduced successfully as long as it is only used to treat a quarter of infections.

“We are now running out of options to treat gonorrhea cases,” says Didelot. “So instead of waiting for the few remaining options to fail, we need to start using antibiotics in a way that does not lead to resistance developing.”

To deal with gonorrhea infections, health experts in the United States currently recommend a combined therapy of the antibiotics ceftriaxone (and injection) azithromycin (taken orally). Dr. Bob Kirkcaldy, an epidemiologist at the U.S. Centers for Disease Control and Prevention’s (CDC) Division of STD Prevention, says that researchers have noticed that gonorrhea strains are becoming less responsive to both antibiotics. But he adds that if a person’s gonorrhea strain is resistant to one drug, it typically responds to the other. Kirkcaldy says it is still “unusual” for a gonorrhea strain in the U.S. to not respond at all to antibiotics.

“Currently recommended therapy is still highly effective,” says Kirkcaldy. “But given the history and what we’ve seen, that may not always be the case.”

Kirkcaldy says getting tested for gonorrhea is an important way to cut down on the problem since current drugs still work and can lessen the number of people who get the disease and spread it. Most people with gonorrhea will not experience symptoms, which means getting tested is critical for knowing if you have it. “It’s important for people to get screened and treated,” he says. “We know this bug can mutate rapidly.”

“There are things we can do to slow [resistance] down and push it into the future while we try to develop more weapons,” says Kirkcaldy. 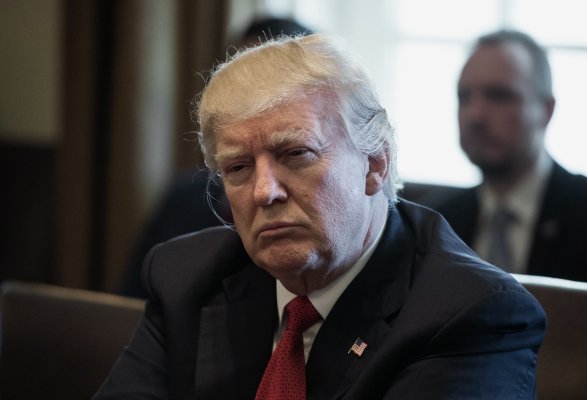 Trump Promised Action on the Opioid Epidemic 78 Days Ago. Here's How Many People Might Have Died Since Then
Next Up: Editor's Pick