The International Academy of Television Arts and Sciences announced Monday that it will not present Kevin Spacey with its 2017 International Emmy Founders Award.

The news comes the day after Star Trek actor Anthony Rapp came forward with the allegation that a then-26-year-old House of Cards star Kevin Spacey tried to have sex with Rapp when he was 14-years-old.

Late Sunday, Spacey issued a public apology, though he said he didn’t remember the incident. He also used the statement to come out as gay.

“The International Academy has announced today that in light of recent events it will not honor Kevin Spacey with the 2017 International Emmy Founders Award,” the organization said in a statement.

The Academy had announced the award in June, saying that the Oscar winner and House of Cards actor was “an individual who crosses cultural boundaries to touch humanity.”

The award was scheduled to be presented at the International Emmy Awards Gala on November 20.

The rescinded award follows Netflix’s announcement that it would end House of Cards, in which the 58-year-old stars, after its upcoming sixth and final season.

“In response to last night’s revelations, executives from both of our companies arrived in Baltimore this afternoon to meet with our cast and crew to ensure that they continue to feel safe and supported. As previously scheduled, Kevin Spacey is not working on set at this time.” 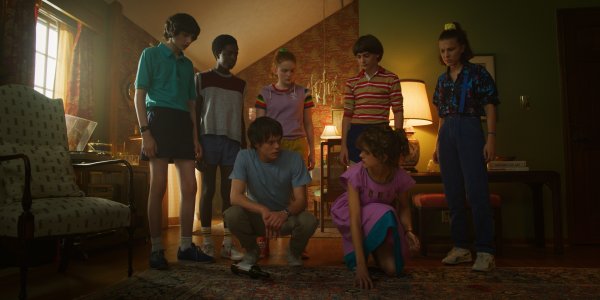 Everything We Know About Season 3 of Stranger Things
Next Up: Editor's Pick