Ideas
By Andy Owen
Owen was a captain in the Intelligence Corps of the British Army and completed operational tours in Northern Ireland, Iraq and Afghanistan; he is the author most recently of All Soldiers Run Away.

On October 23, the long-awaited sentencing of Sgt. Bowe Bergdahl for his desertion whilst serving in Afghanistan began. He had pleaded guilty.

In an interview with the podcast “Serial“, a member of Bergdahl’s company named John Thurman said “we all experienced the same thing, but we didn’t walk off.” For Thurman and other soldiers, many of whom went searching for him in treacherous territory, risking life and limb, Bergdahl broke a sacred bond. “That is not something you can ever come back from,” he continued. “You walked off and you betrayed us.”

For me, a former British soldier who served in Afghanistan, my gut reaction to hearing of Bergdahl’s desertion was similar. It pricked that sense of betrayal in me, even from afar. But that was before I had heard Alan Juniper’s story.

Juniper was a British conscript in the Second World War. After 551 days of fighting a series of confused retreats in North Africa, he deserted. He became one of approximately 100,000 British and 50,000 U.S. deserters in that war. Arrested, he was thrown in military prison. He later volunteered to return to the fighting in Italy. After experiencing further intense combat, he again reached his limit and deserted. A broken man, he stumbled into a village whose sons had been fighting against the Allies only weeks previously. Unlike Bergdahl, Juniper was not captured by a foe; instead, he became a member of the community.

The battalion war diary, the diaries of other soldiers and family recollections took me through every day of Juniper’s story. He was eventually diagnosed with PTSD in his eighties. There was an incident he kept returning to in flashbacks: a time when he was trapped during a heavy bombardment in the desert. A shell landed in the doorway of the bunker. But it didn’t explode. It just lodged there as the bombardment continued. It seems highly likely that when he deserted he was an undiagnosed psychological casualty.

An Army Sanity Board determined that Bergdahl had schizotypal personality disorder “at the time of the alleged criminal conduct.” This should be considered. But to do so, it requires us to reconcile the perception of “good” psychiatric casualties with “bad” deserters. This is made more complex by the fact that Bergdahl claims he left his post to prove his commanders were “unfit” — essentially for a moral reason. Bergdahl could be a so-called bad deserter with both good psychiatric and good moral cause for forgiveness. Why do we consider desertion more important than the other two factors?

Most WWII deserters were frontline troops like Juniper. Charles Glass in his 2013 nonfiction book The Deserters: A Hidden History of World War II claims that “for the most part they left the lines because they’d had nervous breakdowns…Too much shelling, close friends killed… the daily stresses were too much.” Glass notes that “few deserters were cowards” and claims the people who “showed the greatest sympathy to deserters were other frontline soldiers. They had, at one time or another, felt the temptation.”

The common reason soldiers give for why they stay is “each other.” You fight for the soldiers next to you — not ideology, country or president. Deserting breaks this bond. But for the rest of us, it goes farther. We also see soldiers who desert as breaking their bond with society.

We make a moral choice for soldiers: We expect them to sacrifice their individual rights out of duty. But this has metastasized into an incorrect belief that there is something inherently unethical about desertion. Now, when we make that moral choice for soldiers, we often assume that the sacrifice is total, and in doing so we neglect the other half of that equation: that duty is also limited by individual rights.

Soldiers are prepared to forfeit their right to life; in exchange, they have expectations of their leaders. They expect them to clearly define the mission and then provide the tools, support and example needed to give them a reasonable chance of successfully achieving that mission. Bergdahl has claimed that he had no faith in his leaders’ ability to protect his rights and those of the men next to him; his only way to do so with reasonable expectation of success, he has argued, was to desert. It is fair to suggest that there were less extreme ways to make his point — ways that would not put fellow soldiers at risk. But at the root of this desire are the morals we ourselves expect of soldiers.

Bergdahl’s decision also in some ways echoes the accusation most difficult to defend about Juniper’s desertion: that if many others had done the same, the Allies would have lost. Without the sacrifice of those who stayed to fight, evil would have won. But Juniper did more than many and was often let down by his commanders. He fought until he reached his limit. Many did more and are rightly lauded, but what of those who reached their limit — does their desertion make them villains? Many who have not been staged in a remote outpost underestimate the magnitude of the psychological stress it can cause. According to the Army Sanity Board, in Bergdahl’s case that stress was applied to an already fragile mind.

As with Bergdahl, nobody considers Juniper anything better than imperfect. But I have come to realize that his imperfections should not deprive him of his rights, and this has made it harder for me to condemn him. I hope we can come to see Bergdahl in this light, before we judge him. 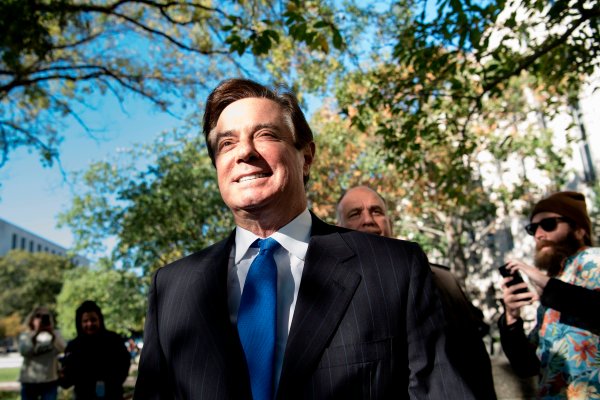 Spiro Agnew's Lawyer: Paul Manafort Has Nothing to Fear
Next Up: Editor's Pick