Mathew Martoma, the former hedge fund trader charged with what federal prosecutors called the most lucrative insider trading scheme in U.S. history, was found guilty on Thursday. Martoma, who once earned millions of dollars working for Steven A. Cohen’s hedge fund SAC Capital, faces decades in prison, but will likely serve less than that.

The guilty verdict, which was delivered by a 12-member jury in a federal court in lower Manhattan, is the latest blow for SAC Capital, which last fall pleaded guilty to fraud charges and agreed to pay a $1.8 billion in the largest insider trading fine in U.S. history. As part of a settlement with the government, SAC agreed to shut down its investment advisory business and turn itself into a so-called “family office” to manage Cohen’s multibillion-dollar wealth.

Martoma, 39, was charged with trading illegally on inside information he obtained from doctors involved in a 2008 pharmaceutical trial for an Alzheimer’s drug. Martoma’s trades allowed SAC to make gains and avoid losses of $276 million. In court proceeding over the last several weeks, prosecutors said that Martoma “corrupted” two doctors involved in the drug trial in order to obtain advance notice of its results. After the verdict, Richard Strassberg, Martoma’s lawyer, said, “We’re very disappointed and we plan to appeal.”

(MORE: Inside the Biggest Insider Trading Case in American History)

Martoma was found guilty of two counts of securities fraud and one count of conspiracy to commit securities fraud. Each fraud count carries a maximum penalty of 20 years in prison; the conspiracy charge carries a maximum sentence of five years. Experts believe Martoma could ultimately be sentenced to seven to ten years behind bars. In bringing the case, Bharara said the alleged insider trading occurred “on a scale that has no historical precedent.” Martoma becomes the 79th person convicted as part of Bharara’s sweeping crackdown on insider trading on Wall Street. Bharara’s office has not lost a single case.

“Martoma bought the answer sheet before the exam — more than once — netting a quarter billion dollars in profits and losses avoided for SAC, as well as a $9 million bonus for him,” Bharara said in a statement. “In the short run, cheating may have been profitable for Martoma, but in the end, it made him a convicted felon, and likely will result in the forfeiture of his illegal windfall and the loss of his liberty.”

When the FBI showed Martoma’s multimillion-dollar Florida mansion in late 2011, the trader fainted on his front lawn. Prosecutors had hoped to discuss Martoma’s fainting spell during the trial, arguing that it constituted “evidence of his consciousness of guilt.” But U.S. District Judge Paul Gardephe denied that request, saying that “when an individual who works in the hedge fund industry is approached by the FBI and is accused of having engaged in insider trading in specific stocks and while employed at a specific company, it is likely to be a shocking and highly disturbing event, whether the person is innocent or guilty.”

Federal prosecutors were successful in their attempt to unseal documents related to Martoma’s 1999 expulsion from Harvard Law School for fabricating his academic transcript and then trying to cover his tracks by concocting “evidence” from a phony computer forensics firm. After his expulsion, Martoma changed his name, which previously had been Ajai Mathew Mariamdani Thomas, to Matthew Martoma. He later applied to, and was accepted by, Stanford Business School, where he earned an MBA.

Federal authorities have been investigating SAC for a decade — rumors of insider trading have been swirling around the firm for years — and have secured guilty pleas or convictions from eight of its former employees. Cohen, who remains under investigation by the FBI, has not been charged with a crime — and has maintained that he acted appropriately at all times — but he does face civil charges alleging that he failed to supervise Martoma and another SAC trader who was convicted of insider trading last December.

Cohen is a legendary Wall Street figure who amassed a $9 billion fortune while building a reputation as one of the most successful hedge fund traders of his generation. For years, SAC Capital consistently delivered astounding returns of 30% or more to its clients. During one seven-year stretch, SAC only had two losing months. Thanks to SAC’s trading success, Cohen amassed a fortune that enabled him to purchase a 35,000 square-foot Connecticut mansion filled with hundreds of million of dollars worth of art and a 6,700-square-foot ice skating rink.

Last year, SAC was charged with securities and wire fraud for a decade-long scheme in which the fund engaged in a pattern of “systematic insider trading” that allowed it to reap hundreds of millions of dollars in illegal profits. Federal prosecutors said Cohen’s firm displayed “an institutional indifference” to unlawful conduct that “resulted in insider trading that was substantial, pervasive and on a scale without known precedent in the hedge fund industry.” 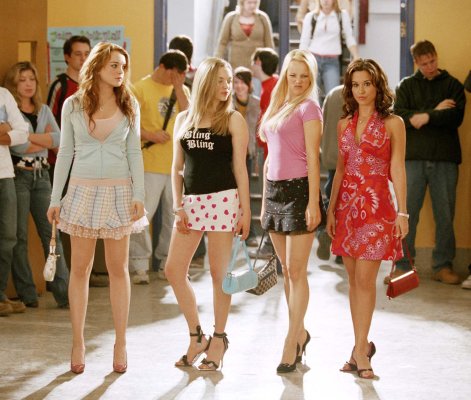 'Mean Girls' Flashback: Rachel McAdams Was Kind of a Regina George to Lindsay Lohan
Next Up: Editor's Pick