Following the Friday release of season 2 of Stranger Things, one enthusiastic fan took to Twitter to make a special request of David Harbour – otherwise known as Chief Jim Hopper.

“How many retweets for you take my senior photos with me,” user damaris tweeted at the 42-year-old actor.

However, instead of just replying with a number, Harbour had some stipulations of his own. “25k,” he wrote. “And I get to wear the school sweatshirt and hold a trombone.”

After that, it didn’t take long for the Internet to come through for damaris. Even Noah Schnapp, who plays Will Byers, got in on the action. “Come on guys, go retweet, I need to [see] this picture,” he tweeted.

The tweet reached the 25 thousand mark set by Harbour on Monday, prompting him to follow up on his promise.

“Holy hell, internet,” he wrote. “How can you be in favor of this? Friends don’t lie. [@postydamaris] DM me…” 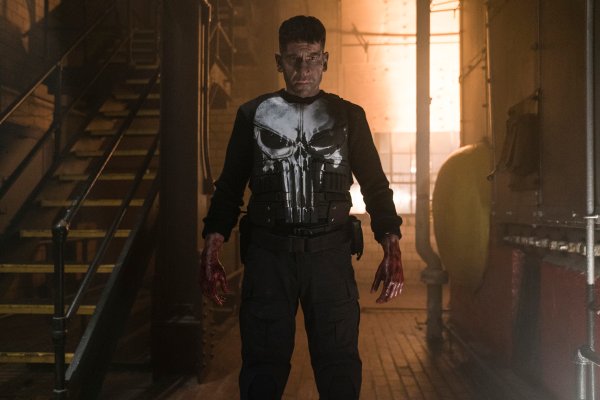 Here's What's Coming to Netflix in November 2017
Next Up: Editor's Pick