Robert Mueller Just Filed His First Charges in the Trump-Russia Investigation. Here's What You Need to Know

President Trump’s former presidential campaign chairman Paul Manafort and his lobbying associate were indicted on multiple counts as a part of the FBI’s special investigation into Russia’s interference in the 2016 election.

On Monday, Manafort and Richard Gates turned themselves over to federal authorities. The two are facing charges of conspiracy, money laundering, failure to register as foreign agents and failing to report foreign bank accounts to the federal government.

The 31-page indictment is the first to come as a result of the FBI investigation, which is being led by special counsel Robert Mueller. Though the investigation is examining Russia’s influence in the 2016 election, his reach extends beyond that.

Here are answers to some questions you may have.

Who is Paul Manafort?

Paul Manafort is a veteran lobbyist and Republican strategist with links to GOP candidates as far back as Gerald Ford in the late 1970s. He also planned and managed Republican National conventions for President Ronald Reagan, President George H.W. Bush and the campaign of GOP presidential candidate Robert Dole.

Manafort also advised candidates in foreign government elections, including Filipino dictator Ferdinand Marcos, and promoted foreign interests in Washington. According to the Associated Press, Manafort signed a $10 million agreement with a Russian billionaire in 2006 to promote Russian interests in the U.S. and across Europe. For years, he reportedly earned millions working as a consultant for the pro-Russia Party of Regions and Ukrainian President Viktor Yanukovych.

What was Manafort’s role on Trump’s campaign?

In 2016, he was hired by the Trump campaign chairman to help steer then-candidate Trump through the Republican National Convention. He was booted from that position after his name was discovered on a secret ledger in Ukraine that detailed millions of dollars worth of off-the-books payments. He worked on the campaign from April until August 2016, he was promoted to the position of chairman in May of that year.

Who is Rick Gates?

Rick Gates is a long-time partner of Manafort’s and deemed his “right hand man.” The two worked together at Manafort’s consulting firm Davis Manafort and the firm DMP International, linking him to the business dealings with foreign governments. Gates also joined the Trump campaign alongside Manafort in April 2016, though Gates stayed in Trump world after Manafort was let go. Gates reportedly served as the second-in-command on Trump’s inaugural committee working alongside the president’s longtime associate Tom Barrack. He later joined the pro-Trump group America First Strategies, but according to the Daily Beast, Gates left in March shortly after his ties to Russia and Manafort were reported in the Washington Post.

What are they accused of doing?

Under Monday’s indictment, the two are accused of acting as unregistered foreign agents for the Ukrainian government, the Party of Regions, President Yanukovych, and another group for nearly a decade, between 2006 and 2015. The federal government alleges that they hid the payments they received in foreign accounts and laundered money through businesses, accounts, and partnerships in the U.S. and abroad. Because the two lobbied on behalf of Ukrainian interests in the U.S., the government says they were required to register that work and disclose how much they charge, something they are accused of failing to do in the indictment.

Monday’s indictment appears to only be the first shoe to drop in the Mueller investigation.

It was also revealed that a foreign policy adviser to the Trump campaign pleaded guilty to lying to the FBI about a conversation with professor with ties to the Russian government claimed to have “dirt” on Hillary Clinton in the form of “thousands of emails,” according to unsealed court documents published by the New York Times. The adviser, George Papadopoulos, had the conversation about emails in April 2016, a month after he was listed as a foreign policy adviser by the Trump campaign, according to the court documents. He also met with a “female Russian national” in late March and “sought to use her Russian connections over a period of months in an effort to arrange a meeting between the Campaign and Russian government officials.”

How will Trump respond?

President Trump has already taken to his favorite platform to blast the Monday morning indictment. In a tweet, Trump said the charges Manafort is facing stem from actions he took prior to joining the campaign. He also said there is “NO COLLUSION!” and wondered why “Crooked Hillary & the Dems” are not the focus.

Trump has sought to distance himself from Manafort as the investigation has dragged on. In March, then White House Press Secretary Sean Spicer said he played a “very limited role for a very limited period of time” on the Trump campaign. Trump made a similar statement in August 2017 when he was asked about Manafort, who at the time had had his home raided by the FBI. 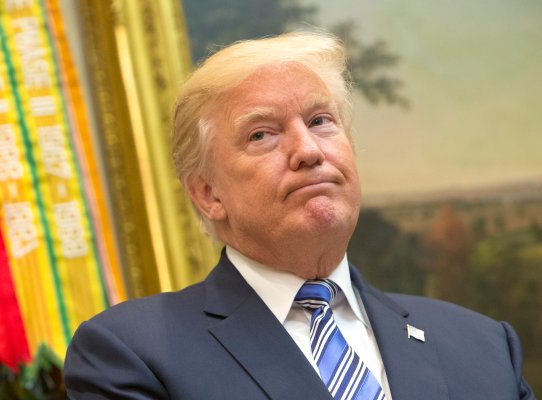