Who Really Owns Your Craft Beer?

Based on their labels, and even by the long histories detailed on their websites, you’d never know some seemingly independent, seemingly craft beers are owned by gigantic corporations.

Thanks to rounds of industry buyouts, combined with marketing that’s been declared by beer enthusiasts as misleading—or “crafty”—it’s sometimes difficult to tell which beer brands are truly the indie craft operations they present themselves to be. Here are a few examples:

Blue Point. The company’s story began in Long Island more than ten years ago, when a pair of home-brewing enthusiasts decided to open a microbrewery—reportedly Long Island’s first. The timing coincided with the rapid expansion of craft brewing around the country, and eventually the Blue Point Brewing Company worked its way to be among the top 50 American craft brewers by sales volume. Blue Point’s official status as a craft beer ended this week, however, when it was purchased by Anheuser-Busch InBev, the world’s largest beer company.

Blue Moon. The largest of the so-called “crafty beers,” which are marketed as their own indie labels yet are produced by industry giants, Blue Moon is owned by MillerCoors. While the MillerCoors site acknowledges this is the case, Blue Moon’s “Our Story” page skips over the corporate parentage issue.

Boulevard. Based in Kansas City, Boulevard ranked as the nation’s 12th largest craft brewer before it was bought by the Belgian brewer Duvel last fall.

Goose Island. “Goose Island is a craft beer, period,” Goose Islander founder John Hall told me last summer. According to the Brewers Association’s definition, however, Goose Island’s qualification as a craft product ended in 2011, when the popular Chicago-based brewer was purchased by Anheuser-Busch. One of the association’s requirements to be in the craft category, you see, is independent ownership.

Leinenkugel. The brew with the name often mistaken as an import is another MillerCoors offering listed under the company’s “Craft” section. The others are Blue Moon (see above), Batch 19, Crispin Original Cider, Henry Weinhard’s Private Reserve, and Killian’s Irish Red.

Redhook. Despite its prominent spot in the Craft Brew Alliance, which also includes the Widmer Brothers, Kona Brewing, and Omission brands, Redhook is not considered a craft brewer by the Brewers Association because one-third of the company is owned by Anheuser-Busch InBev.

(MORE: In the Craft Beer World, a Pecking Order Emerges)

Shock Top. The fact that it’s brewed in St. Louis is the only hint that Shock Top is owned by another brewer that was born in the city and has since fallen into the hands of foreign owners: Anheuser Busch. So like Blue Moon, Shock Top is considered in the beer community as a faux-craft “crafty” beer, rather than the genuine article. 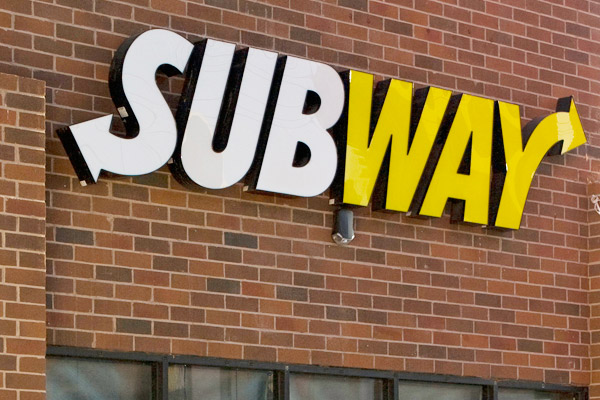 Subway Bread Is About to Change in a Drastic Way
Next Up: Editor's Pick