President Donald Trump’s approval ratings have fallen to their lowest point since the start of his presidency, a new poll finds.

Just 38% of Americans approve of the job Trump is doing as President, while 58% disapprove, according to the latest NBC/WSJ poll.

Trump’s approval ratings are also historically low compared to those of his predecessors, according to NBC News. President Barack Obama had a 51% approval rating during his first fall in the White House, while President George W. Bush was at 88% in the weeks following the 9/11 attacks.

NBC News notes that the voters who reported the biggest drop in their approval of Trump include independents, white Americans, and white Americans without a college degree. The lattermost group constitutes a key part of Trump’s voter base.

The poll was conducted October 23 through 26, in the midst of Trump’s public dispute with the family of Sgt. La David Johnson, one of four soldiers recently killed in Niger. The margin of error is 3.3 percentage points. 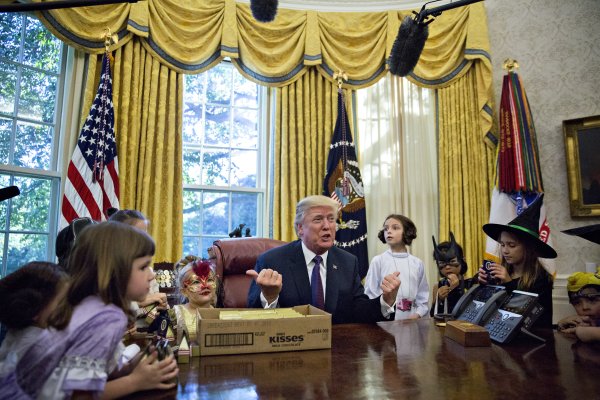 'You Have No Weight Problems, That's the Good News.' President Trump Gives Candy to Children
Next Up: Editor's Pick