Study: Climate Change Is Damaging the Health of Millions of People

An aerial photo shows the wildfire burning itself out at the edge of grape vineyard on Oct. 11, 2017, in Santa Rosa, California.
George Rose—Getty Images
Ideas
By Patricia Espinosa and Richard Horton
Espinosa is the executive secretary of UN Climate Change and Horton is editor-in-chief of The Lancet

The evidence is growing harder and harder to ignore—climate change is already having a profound and detrimental impact on public health. Around the world, warmer temperatures are creating and complicating a whole host of health challenges, many of which have been all too obvious this year.

As over 20,000 delegates from around the world prepare to meet in Bonn, Germany, for the annual UN climate conference, the unnaturally warm surface waters of the Atlantic Ocean have helped produce a historically high run of 10 named hurricanes this season, which have taken lives and destroyed communities from Texas to the Caribbean to Ireland.

Many parts of Europe sweltered this summer under a heat wave that was so bad that it was dubbed “Lucifer.” The American Southwest was meanwhile suffering through its own historic heat. And then came the wildfires, sparked on drought-scorched lands in Western Europe, the Pacific Northwest, and California.

A report published this week by The Lancet, one of the world’s most prestigious medical journals, provides an annual “check up” of how climate change is impacting public health, and how countries’ actions to reduce greenhouse gas emissions are reducing health risks. The research, conducted by a group of leading doctors, academics, and policy professionals found that climate change is already damaging the health of millions worldwide.

How? The deaths caused by unnatural disasters like warming-fueled hurricanes and wildfires are obvious, and the threat of extreme heat waves — which can kill outright or cause heat-related illnesses — to public health is clear. But there are many other climate impacts that are every bit as sinister, and potentially lethal. Changing weather patterns are already altering the transmission patterns of infectious diseases, resulting in unexpected outbreaks of malaria, dengue fever, cholera, tick-born encephalitis, and West Nile virus. Allergy season is getting longer and allergen levels higher. Lyme disease is spreading, with the number of cases in the United States tripling over the past two decades as deer ticks can carry the disease farther north and as warmer temperatures allow them to Floods, which are increasing in regularity and severity, create even more breeding grounds for disease-carrying insects. Uneven, unpredictable precipitation patterns and higher temperatures are also reducing crop yields, causing more widespread malnourishment and nutrition deficiencies.

Tragically, these burdens are being — and will be — borne mostly by children, the elderly and low-income vulnerable populations that have done little to cause climate change and have benefited the least from the burning of fossil fuels. But make no mistake, the impacts will be felt by all.

Perhaps most troubling, what we’re experiencing today is just the beginning.

Over the past few decades, the global health community has made great gains in tackling the spread and sources of infectious disease, and in combatting malnutrition and hunger. But this progress could be undermined in a warming world that exacerbates such health threats.

It’s a dire diagnosis, but the good news is that we know the cure. We simply must stop burning fossil fuels and releasing greenhouse gases into the atmosphere, transitioning to clean, renewable energy resources.

What’s more, many of the steps we take to combat climate change can create immediate benefit public health in other ways. Fine particulate matter and other local air pollution in cities — from tailpipes and coal plants, for instance — kills some 2.6 million people annually worldwide, according to the Lancet Countdown. Solving the greenhouse gas problem also cleans up the smoggy air that’s polluting lungs.

These longer term and immediate health factors are why the Lancet Commission on Health and Climate Change called a comprehensive response to climate change “the greatest global health opportunity of the 21st century.”

Policymakers recognize climate change as being a massive public health challenge — and not just an environmental one — and act accordingly. The Lancet Countdown’s annual reports can help quantify the full costs to the public, and should be utilized to drive more ambitious efforts to transition to a low carbon future.

There are encouraging signs that this is starting to happen. The two-week climate conference, opening on November 6, has health among its key priority issues.

For the 25 years that the global community has been working to find a way to collectively combat climate change, not nearly enough has been known about the true risks to public health. We can no longer use that ignorance as an excuse for inaction. We’re seeing the impacts now, and they are measurable. Without aggressive action, the public health problems we’re seeing today risk intensifying to a widespread health emergency.

With ambitious action, however, we can both rein in long term warming and — by cleaning the air of fossil fuel-borne pollution—we can start improving health and saving lives right away. 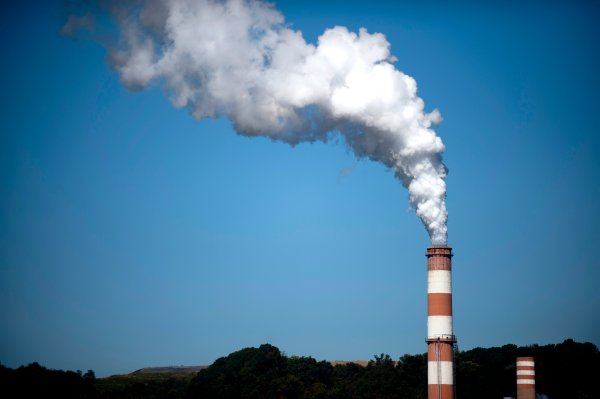