'He Really Helped Me.' President Trump Says His Brother Kept Him Away From Drugs

During a Thursday announcement declaring the opioid crisis a public health emergency, President Donald Trump discussed the challenges faced by his late brother, Fred Trump, Jr., who battled alcoholism before passing away nearly 40 years ago.

Trump called his brother a “great guy,” adding that he’s never had a drink of alcohol or smoked a cigarette because of Fred Trump, Jr.’s advice to stay away from them.

“He really helped me,” said Trump. “I had somebody that guided me.”

Trump said that people should follow a similar warning to steer clear of opioids.

“If we can teach young people not to start, it’s really really easy not to take them,” said Trump, referring to drugs.

To be sure, some people become addicted to opioids after being prescribed opioid-based painkillers.

Fred Trump, Jr. passed away in 1981. Trump rarely speaks about his brother, although Trump discussed his brothers’ troubles in a 2016 interview with The New York Times. 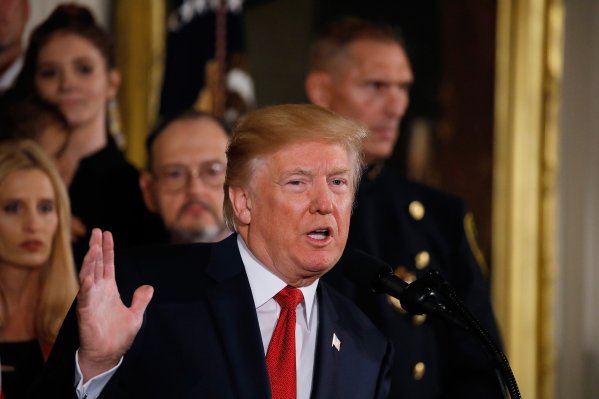 President Trump Blamed Familiar Villains for the Opioid Crisis
Next Up: Editor's Pick