This Woman Was Fired for a Heavy Period Leak

Should your company be able to fire you for having a period leak? For requiring a clean, private space to pump breast milk at work? Absolutely — obviously — not. But these are conversations we’re still having in the legal system in the 21st century.

In 2012, Angela Ames of Des Moines, Iowa, sued former employer Nationwide Insurance, claiming she was denied a place to pump breast milk when she returned to work from maternity leave and coerced into resigning. The office had a lactation room, but Ames says she was told she had to fill out paperwork and wait three days for access, and offered unsuitable alternatives. When Ames complained to the department head, she says the supervisor said, “Maybe you should just stay home with your babies,” then dictated a letter of resignation and pressured her to sign it.

Just last year, Alisha Coleman of Fort Benning, Ga., filed a discrimination lawsuit against her former employer, the Bobby Dodd Institute, in which she claimed she was fired for having period leaks on the job. In a court filing, Coleman claimed that in 2015 while working as a 911 dispatcher, she experienced an irregular and heavy menstrual period — a common symptom of pre-menopause — which caused her to leak menstrual fluid at the office. She reported the incident to her supervisor, who advised her to leave the office to change clothes and later warned she would be fired “if she ever soiled another chair from sudden onset menstrual flow.” The following spring, after another heavy period caused her to bleed on the office carpet, Coleman was fired. The reason: She didn’t “practice high standards of personal hygiene and maintain a clean, neat appearance while on duty.”

It’s against the law for employers to discriminate on the basis of sex under Title VII of the Civil Rights Act. Both Ames and Coleman accused their companies of sex discrimination.

But a district court dismissed Coleman’s case in February, saying pre-menopause and associated symptoms are not protected by Title VII. The ACLU is now taking the case to the Eleventh Circuit Court of Appeals.

And Ames was dealt a succession of stinging defeats when a district judge dismissed her case in 2012, that decision was upheld in an appeals court in 2014 and the U.S. Supreme Court declined her petition to have the case reviewed in 2015. Among the most outrageous reasons given were a) that penalizing Ames for pumping breast milk is not sex discrimination because some men can lactate, too, and b) that the “stay home with your babies” comment was not gender-specific.

What it means for women:

The decision in Ames’s case was not only shocking, but also reminiscent of cases previously decided by federal courts that ignored blatant discrimination against pregnant women in the workplace. Before the late 1970s, courts routinely opined that adverse employment actions against pregnant women did not qualify for Title VII protection because both men and women can be non-pregnant. It took a specific act of Congress — the Pregnancy Discrimination Act, passed in 1978 as an amendment to Title VII — to reject this flawed reasoning, establishing that discrimination based on pregnancy, childbirth and related conditions all qualify as sex discrimination. The contorted reasoning used by courts to discriminate against pregnant women in the last century — the pattern that inspired Congress to take action in the first place — is the same reasoning that the courts used in ruling against Ames.

Ames’s and Coleman’s cases serve as a harsh reminder of the obstacles women face in pursuing sex discrimination lawsuits, and show how much work still needs to be done before women can achieve equality in the workplace. No woman should be demeaned or fired for having a heavy period, lactating or experiencing any other natural part of her biology. Every worker has a right to earn a living in a place that’s free of bias against her body.

Areva Martin is an attorney, advocate, television host, legal and social issues commentator and author. She is the founder of Martin & Martin, LLP, and her next book, Make It Rain!, about developing personal brands, will be published by Hachette in 2018. 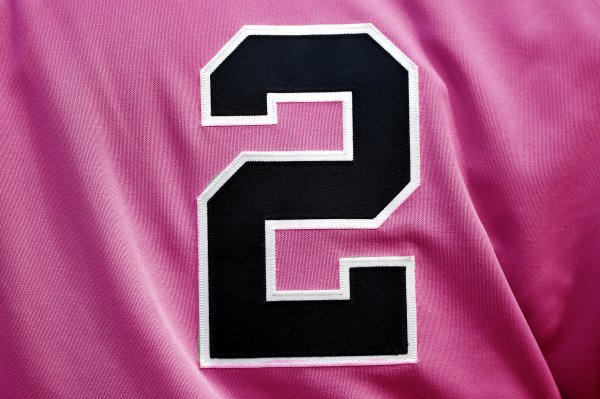 The Problem With Pink Sport Jerseys
Next Up: Editor's Pick