The Republican tax reform bill squeaked through a key vote Thursday, as 20 GOP lawmakers objected to the elimination of a popular deduction and other parts of the still nascent plan.

The 216-212 vote to approve a budget framework set the stage for the Senate to pass a tax bill with only 51 votes, a threshold it can meet with only Republican votes.

But the narrowness of the vote shows that GOP leaders still have a tough fight ahead as they turn the White House’s nine-page proposal into actual legislation and fill in more details.

Eleven of the Republicans who voted against the budget were from states like New Jersey and New York, where residents will get hit harder by a part of the tax reform bill that would end a popular deduction for state and local taxes.

“Don’t make us give our money to other parts of the country and then tax us like it’s still in our pockets,” Rep. Tom MacArthur, a New Jersey Republican, told reporters shortly after voting against the budget. “That’s what the effect of eliminating the state and local tax deductibility would be.”

He stressed that the controversial measures within the tax plan were still up for debate. “I voted no because we don’t have a deal yet — we’re seven to eight innings into this and we don’t have a deal,” he said. “Twenty people voted no and dozens of others voted yes holding their noses. Leadership knows if we don’t get this resolved, we can’t move forward on tax reform. This isn’t over.”

At present, all that exists of a tax reform plan is a nine-page outline that traffics mostly in broad strokes: a slashing of the corporate tax rate from 35% to 20%, limiting the tax rate on small businesses — which are currently taxed as individuals — to around 25%, and a reduction of the number of federal tax brackets from seven to three, with the wealthiest bracket enjoying a tax cut from 39.6% to 35%.

The plan has been branded by Republicans as a tax cut for the middle class, but tax cuts mean less federal income — in other words, a steeper deficit. This has left a number of conservatives uneasy. And many of the proposed offset measures — especially eliminating the state and local income deduction and taxing contributions to 401(k) plans — have their own critics within the party.

“There’s gonna be a million of those things that come up once [the] Ways and Means [Committee] prints it,” Rep. Dave Brat, a conservative Virginia Republican, told reporters on Thursday. “There’s gonna be differences, but if you’re gonna deliver the middle class a tax cut, you’re going to have some heavy lifting on the pay-fors.”

Speaker Paul Ryan said at a press conference on Tuesday that the House will introduce the bill next week and ideally send it to the Senate before Thanksgiving. It is a bold ask — one that speaks to how hungry congressional Republicans are for a legislative victory after two failed Obamacare repeals and gridlock on other issues. The House is in session for just 12 more legislative days before it goes on Thanksgiving recess on Nov. 16. But Republicans on Thursday were confident that finding a solution on tax reform and pushing it through would be relatively painless.

“It is ambitious but achievable,” House Ways and Means Chairman Kevin Brady told TIME before entering the House chamber for the vote on the budget.

“There’s not some built in antagonism,” Brat said of the intraparty conflict over tax reform. “It’s policy-specific. Obamacare was a huge federal program. This is a pro-growth, middle-class tax cut.”

And if tax reform doesn’t happen before the end of the year? “It better happen,” Brat said. “If you give the swamp a Christmas break, it’s not going to be a merry Christmas.” 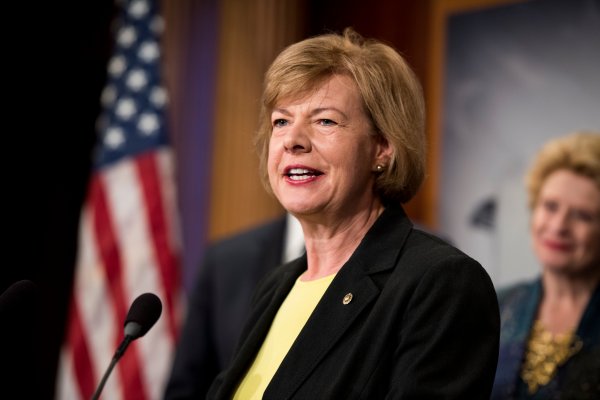