While Trump Is Tweeting, These 3 People Are Undoing American Government as We Know It

Stephen K. Bannon was still chief White House strategist when he declared that the mission of the Donald Trump Administration would be “deconstruction of the administrative state.” The opaque, academic language was at odds with Bannon’s swashbuckling style, but that turned out to be appropriate. The actual work of dismantling the sprawling apparatus of the Executive Branch–the specialized courts, byzantine rulemaking bodies and independent enforcement officers–would be carried out by people who did not make headlines. “If you look at these Cabinet appointees,” Bannon said in February, “they were all selected for a reason. And that is the deconstruction.”

For most of the year since Trump’s stunning election win, his pronouncements have commanded the public’s attention the way an unexpected announcement does on a long plane ride. But on the ground, things have been happening. Quietly, the Administration has taken thousands of actions, affecting everyone from the poorest day laborer to the richest investment banker. And it’s touting its work. “No President or Administration has deregulated or withdrawn as many anticipated regulatory actions as this one in this short amount of time,” says White House communications director Hope Hicks.

How you feel about those efforts may depend on how you vote. An October 2017 Pew Research Center report found that 66% of Democrats believe government regulation of business is necessary to protect the public interest, compared with just 31% of Republicans. That’s one of the greatest partisan divides on the issue in decades.

Read more: Inside Scott Pruitt’s Mission to Remake the EPA

In Washington, philosophy tends to disappear into the swamp Trump pledged to drain. His White House is stocked with former executives and industry insiders who have power over issues in which former clients have hundreds of millions of dollars at stake. By mid-June, according to USA Today, more than 100 former federal lobbyists had found jobs in the Trump Administration, 69 of them in agencies they had tried to influence from the outside.

Consider: it was President Bill Clinton who signed a repeal of the Glass-Steagall Act, which had prevented banks from betting your money on Wall Street. And President George W. Bush imposed almost $30 billion in new regulatory costs on Americans, according to the Heritage Foundation. Ultimately, as with much in life, good government relies on the good faith of those in whom we place our trust. Which is why so much rides on the crew that Trump has put in charge of his D.C. demolition project. 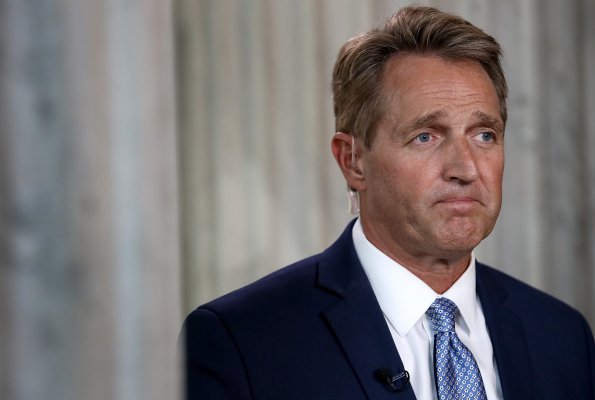