What Betsy DeVos Gets Right About Campus Sexual Assault

On Sept. 7, Education Secretary Betsy DeVos took on one of former President Barack Obama’s most controversial regulatory actions: a set of 2011 campus disciplinary procedures for students accused of sexual assault. Arguing that victims of assault were being denied justice, the Obama White House weakened traditional protections for the accused, like presumption of innocence and the right to cross-examine an accuser. DeVos, in a speech at George Mason University, said the system “is shameful, it is wholly un-American, and it is anathema to the system of self-governance to which our Founders pledged their lives over 240 years ago.”

Not surprisingly, DeVos was immediately attacked. From her poor performance at her Jan. 17 nomination hearing to her preference for charter schools over public education and her Oct. 2 decision to rescind 72 policy documents on the rights of students with disabilities, DeVos has been a lightning rod. The campus sexual-assault speech was another opportunity for opponents to strike. On a call with activists convened in response to her speech a day later, former Vice President Joe Biden weighed in. Biden, who had been the force behind the Obama regulations, called supporters of the DeVos approach “culturally Neanderthals,” and told the activists they needed to stand up against people like “those Nazis marching” in Charlottesville.

Less predictable was the support DeVos received from other, traditionally liberal quarters. She won cautious applause from the editorial boards of the Washington Post, the Boston Globe and USA Today. Even more surprising, she is making common cause with some respected feminist law professors, major organizations of lawyers and even California Governor Jerry Brown, a progressive Democrat. On Oct. 15, Brown vetoed a bill designed to perpetuate the Obama regulations in his state, citing some “colleges’ failure to uphold due process for accused students.”

Most important, universities seeking to comport with the 2011 orders, which were adopted without the usual vetting by public notice and comment, have fared poorly when sued. Since 2011, accused males who say they were wrongly punished have been on the winning side of 69 judicial decisions–mostly preliminary rulings–and fewer than 50 have lost, according to my co-author, professor KC Johnson of Brooklyn College, an expert on campus due-process debates, who keeps a tally of lawsuits by students who say they were wrongly accused.

The Obama Administration’s actions on campus sexual assault were a textbook example of regulatory overreach. In the name of enforcing Title IX, it ordered thousands of universities to find an accused student guilty even if the evidence tipped only slightly (as by 51% to 49%) against innocence, impose sharp limitations on cross-examination of accusers and adopt “training” rules for campus courts.

After DeVos’ agency formally rescinded the Obama mandates with a stroke of a pen on Sept. 22, the Education Department announced that it would develop detailed replacement regulations for campus sexual-assault cases, publish them, invite public comments and then adopt final rules, probably by next fall. In the interim, it announced less-than-forceful guidance for schools on Title IX. In August, four feminist Harvard Law School professors wrote a joint letter to the Education Department urging reforms similar to those DeVos seems to be planning. But changing things on the ground will be a challenge at the many campuses that are steeped in presuming guilt.

Taylor co-authored, with KC Johnson, The Campus Rape Frenzy: The Attack on Due Process at America’s Universities (Encounter Books 2017) 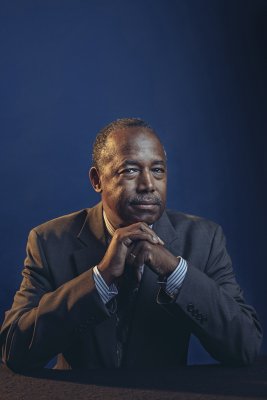 Working in Trump's Washington is Testing Ben Carson's Beliefs
Next Up: Editor's Pick