Kelly Clarkson Delivers Soul and Sass to 'Meaning of Life'

Clarkson’s career has taken turns, but her voice is as strong as ever
Invision/AP/REX/Shutterstock
By Raisa Bruner

Kelly Clarkson may once have been America’s singing Cinderella. But the 35-year-old is well past her fairy-tale beginning. Since winning the inaugural American Idol 15 years ago on the strength of her powerful pipes and candidly endearing persona, Clarkson hit snags in her career, including spats with her former record label. Not that it really shows on her eighth album, Meaning of Life, out now. Clarkson’s debut with Atlantic Records finds her as fans prefer: a confident artist with a sense of humor and sass to spare.

“I’m a whole lotta woman, from the sound of my voice to the gloss on my lips,” she and her backup vocalists rap-sing on the aptly titled “Whole Lotta Woman.” “I’m a strong badass chick with class and confidence.” That confidence lets Clarkson play joyfully in this collection of soulful anthems mixed with rollicking empowerment pop. She tapped hitmakers and long-term collaborators like producer and songwriter Greg Kurstin for this album. The result is slick and uniformly catchy, from the foot-stomping rhythm of “Medicine” to rich ballads like “Slow Dance.” These are songs to play while getting ready for a night out with the girls–or while getting over an undeserving flame.

Clarkson was born in Texas and now lives in Nashville. She’s always had a talent for shape-shifting, nimbly maneuvering into girl pop (“Breakaway”) and rock hits (“Since U Been Gone”). But Meaning of Life, with its take on country-influenced soul, seems like a truer fit. Whether it’s on the upbeat lead single “Love So Soft” or in the tender falsettos of “Cruel,” Clarkson’s famous voice never falters. Plus, she sounds like she’s having fun. “After all that I’ve been through, nothing left to prove,” she sings on “I Don’t Think About You.” Ostensibly about a lover, the emotional ballad also serves as a kiss-off to any lingering haters: “I love the woman that I became.” In a way, it’s a semi-sequel to “Since U Been Gone.” Kelly Clarkson came onto the national music scene a survivor, and a survivor she has stayed. 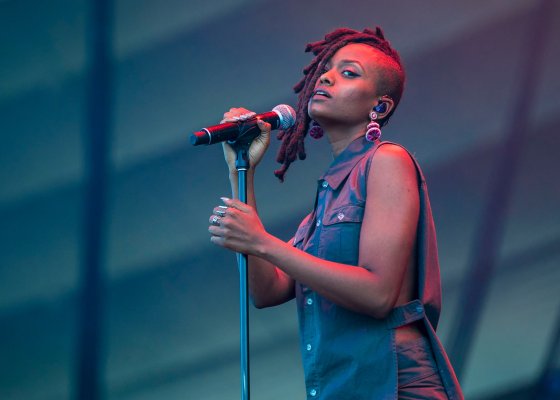 Kelela on the Challenge of Being a Black Woman in Music
Next Up: Editor's Pick