Anquan Boldin catches a pass against the Washington Redskins on December 9, 2012.
Patrick McDermott—Getty Images
Ideas
By Anquan Boldin
Boldin is a retired, Super Bowl–winning NFL player and the founder of the Anquan Boldin Foundation.

My life’s purpose became bigger than football in August, when I decided to walk away from the game I love — a game to which I have dedicated nearly my entire life — in order to become a champion for criminal justice reform and both racial and social equality.

My journey to this point started almost a year ago, although I had no idea at the time how life-changing my experience would prove. I had invited fellow NFL players to travel to Washington, D.C., to talk to legislators about how we could use our platforms as athletes to bring attention to our broken justice system. Before the trip, I had seen average citizens trying to speak out against numerous injustices — police brutality, harsh sentences for juveniles and the absence of second chances for people with criminal convictions — but they weren’t being heard. I hoped our platform as professional athletes might provide us a better opportunity to have these issues discussed, or at least heard. And although I was struck by the bi-partisan support we received behind the scenes from legislators of both parties, it was disheartening to see how those same officials were unwilling or unable to cross party lines to see these problems addressed.

The Anthem demonstrations reflect the players’ frustration with this lack of change that results from legislative inaction. These protesting players are using their platforms to make sure these issues are heard by the public, who have the power to push for change, and by officials, who have the power to make it. One of the many things that makes our country great is that it was founded on the idea of “justice for all.” We feel that it’s our responsibility to take a stand (or, in some cases, a knee) for the injustices that we see happening in America right now. We’re speaking out against the policies and practices that reinforce the cycle of poverty in the communities that need the most help. This is about lifting our communities up and making sure they are treated with the dignity and support they deserve.

One of the issues that has captured my attention is our dysfunctional cash bail system. More than two-thirds of the men and women sitting in our jails have not been convicted of any crime, according to the Prison Policy Initiative; yet many are simply too poor to pay their bail, keeping them from freedom before they are tried. I learned that African Americans, Latinos and Native Americans are twice as likely as white people to be stuck in jail because they cannot afford cash bail. Black men receive bonds 35% higher than white men, while Latino men receive bonds 19% higher than white men, according to the Pretrial Justice Institute. This doesn’t have to be the case. In Washington, D.C., for example, you are kept in custody if you are a danger to the community or a likely flight risk, and if not, you are released before trial, where you can work, support your family and go to school. Wealth plays no part.

The consequences of remaining in jail pre-trial are devastating. People lose jobs, which means they can’t pay their rent or make car payments, and they can’t provide for those they love. People who can’t afford to pay for their own release are also more likely to plead guilty regardless of innocence, and they are more likely to be convicted than those who have the money to get out.

One story that has stuck with me is that of 17-year-old Djibril Niyomugabo, who police accused of stealing a bottle of wine out of a car in Michigan. He did not pay the $200 bail, so he was held in jail. Five days later he died from suicide. This occurred in Michigan, where I used to play.

Keeping people in jail who don’t pose a threat to the community costs taxpayers a ridiculous amount of money. I remember reading about 49-year-old Angela Jessie, who was caught stealing $105 worth of clothing for her grandkids in Dallas. Her bail was set at $150,000, and taxpayers spent $3,300 locking her up. It just doesn’t make any sense.

Studies show that people who are kept in jail pretrial — even for just a few days — are more likely to commit a new crime in the future. Text reminders, which are inexpensive, have proven to be far more effective at ensuring people show up for court.

Yet local leaders and individuals in power are dead set in their way of thinking. They refuse to have a dialogue or even consider new perspectives or information. So many people remain unwilling to step outside of their own shoes and consider other points of view. This is one of the biggest obstacles to making commonsense reforms.

But I am encouraged by the meetings the NFL owners recently held with players, and I am thankful that Commissioner Roger Goodell brought these parties together. The concerns that many players have been expressing about racial inequality in our justice system and society were finally heard. I consider it an example we can all use as we seek justice.

The Commissioner listened to why players were protesting and then played a key role in putting these players in touch with owners willing to listen to their concerns. He brought us together — and he did so in a highly charged environment and despite outside forces seeking to divide, rather than unite. I was pleasantly surprised by how genuinely receptive the owners were to the issues we raised and how truly respectful they were of our point of view. They more than simply accepted that the players have a point of view. These owners respected and even demonstrated pride in the players for standing up for what they believe in.

This gave me hope: if local leaders and advocates can come together for an open dialogue like the owners did with us, we can start to see real change on important issues that threaten to divide our nation, just by talking with and understanding each other.

I will keep using my platform to continue to shine a light on these issues and promote meaningful change. That is why I retired: to make these issues a priority. Social justice is not just a player issue. It’s not an owner or league issue. It’s an American issue, and we need to come together to make meaningful and lasting change. 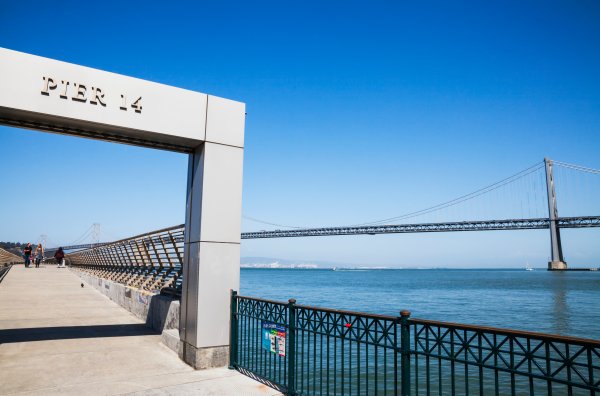 Inside the Murder Trial That Fueled Trump's Immigration Rhetoric
Next Up: Editor's Pick