Review: Google's Gorgeous Pixelbook Laptop is Impressive But Out of Touch

The good: Gorgeous lightweight design, Smooth performance, Comfortable keyboard
The bad: Expensive, Not all Android apps are optimized for Chrome OS
Who should buy: Those who don’t mind paying a premium price on a slim and light device for primarily browsing the Web.

Chromebooks usually serve as a noticeably cheaper alternative to Windows and Mac computers — especially for those who need a laptop for little more than just getting online. And for as long as Google has been making its own Chromebooks, it’s gone against that principle. Like its Chromebook Pixel predecessor, the all-new Pixelbook is far from being a budget buy.

The Pixelbook, which starts at $999 and starts shipping on Oct. 31, is encased in aluminum with Gorilla Glass detailing near the edges similar to Google’s Pixel smartphones. It has an eye-popping 2,400 by 1,600 touch screen, rivaling the sharp displays found on Apple’s 12-inch MacBook and Microsoft’s Surface Laptop. The Pixelbook is also the first laptop to come with Google’s virtual assistant baked into the software, and its display can fold all the way flat against the back of the keyboard so that the device can be used as a tablet. This new design combined with the fact that Chromebooks can now support Android apps makes the Pixelbook feel like an entirely different type of device than Google’s previous Pixel laptops.

The addition of Android apps alone means that Chromebooks are capable of doing more than ever before. It also means their functionality is less limiting when an Internet connection isn’t available. But while the Pixelbook’s gorgeous hardware and smooth, snappy performance make it a tempting purchase, it’s still worth considering a Windows or Mac laptop if you’re planning to spend $1,000 or more on a new notebook. Here’s a closer look at what it’s been like to use the Pixelbook.

The Pixelbook’s best quality is its lightweight, attractive, and easily-portable design. Weighing just 2.4 pounds and measuring 0.4 inches thin, it’s slimmer and lighter than the Surface Laptop and more slender than the thickest portion of Apple’s MacBook. If you’re looking for a laptop that won’t be burdensome in a knapsack or travel bag, the Pixelbook certainly fits the bill.

The laptop’s stunning screen is impressively bright and sharp, and it displays colors just as boldly and vibrantly as the Surface Laptop and Apple MacBook. I did find, however, that whites looked brighter on the Pixelbook compared to the Surface Laptop, which could make reading articles with white backgrounds a bit easier. I only wish Google had made the borders around the display slightly slimmer, more closely echoing those found on Dell’s line of XPS laptops and the Pixel 2 XL’s nearly edge-to-edge screen.

The Pixelbook’s keyboard feels just as premium as the rest of the laptop. The keys have enough depth to provide satisfying feedback while typing, and the deck is so durable it barely budges even when I deliberately pressed down on it forcefully. The lower portion of the keyboard deck is also coated in a soft, rubbery material that makes it comfortable to rest your palms and wrists on over long periods of time. I preferred the Pixelbook’s keys over those on the Surface Laptop, which had a texture that felt less substantial than Google’s. Suffice it to say that churning out this review and other work-related assignments quickly was a breeze using the Pixelbook.

Google’s laptop performs moderately when it comes to battery life: After about six hours of use, I had about 30% of the laptop’s battery remaining. It’s plenty to get you through about a full a day of work or class, but it’s not extraordinary given that near all-day battery life is becoming the norm for laptops.

The Google Assistant’s arrival on the Pixelbook doesn’t come as much of a surprise: Google has been building its digital helper into nearly all of its products, including its Pixel phones and Home speakers, so it seems like a natural addition. I didn’t find myself speaking to Google too often on the laptop, but it was occasionally helpful and I could understand how and why it would be useful. Rather than opening up a new tab in the Google Chrome browser to check the weather forecast, for example, I could simply ask Google without lifting a finger from the keyboard.

Read more: Google Wants to Give Your Computer a Personality

Google’s new Pixelbook Pen also has a fancy trick that makes it possible for the digital helper to surface information about words, phrases, and images that have been circled on screen with the stylus. This feature works just fine in practice, but I didn’t find that it really added much to the overall experience. When circling the cover art for Spoon’s album Hot Thoughts while holding down the pen’s side button, for example, the Assistant pulled up links to places where I could purchase the album and provided more details about the band. The problem isn’t whether or not this feature works well, because it does: It’s just that this type of information is often readily available without having to ask the Google Assistant when using a laptop. If I come across album cover art or the name of a sports team when browsing in Chrome, there’s a fairly good chance I’m already reading about that topic in a news article. In my experience, the Pixelbook Pen was much more helpful for jotting down notes in Google Keep or doodling in Infinite Painter, although those uses hardly justify the extra $99 expense unless you’re a professional artist.

Being a Pixel device, the Pixelbook does include a feature that can be considered either a life-saving convenience or just occasionally helpful depending on your needs. If there’s no Internet connection available, the Pixelbook can automatically tether to your Pixel phone’s data connection, removing the step of turning on your phone’s mobile hotspot, waiting for it to show up on your laptop, and typing in a password. If you frequently find yourself working in public spaces without available Wi-Fi, like on buses or park benches, this capability can be useful. And since it’s a Chromebook, the software feels light and snappy considering most of its functionality resides in the cloud. Booting up and logging into the Pixelbook only took all of about three and five seconds.

Since Google has made it possible for Chromebooks to behave like Android devices by giving them access to the Google Play Store, it only makes sense that Google’s new Chromebook now has the option to look more like an Android device too. The Pixelbook’s flexible hinge makes it possible to use the device in a variety of forms, including as a tablet by bending the screen backward so that it lies flush against the keyboard’s underside. While there were several apps that I enjoyed using tablet mode, like Netflix, the multiplayer online battle game Vainglory, and even just the Chrome Web browser, many Android apps still aren’t optimized for the Pixelbook’s screen proportions, which can be frustrating. In some cases, this isn’t that much of a setback — Spotify and Facebook Messenger, for example, are apps that I’m more likely to push to the side of the screen anyhow while I’m using other apps. So having them appear in a floating window that’s about the size of a phone screen isn’t much of a big deal. But others, like Temple Run and Facebook, feel unusable unless their optimized properly. The experience is inconsistent, which can be off-putting and confusing for the user.

Google’s Pixelbook is an elegantly designed laptop with a beautiful screen and fast performance, but the software still falls short in some areas making it hard to justify the $999 price. If Android is going to be a big part of the Chromebook’s future, Google needs to urge developers to refine that experience. 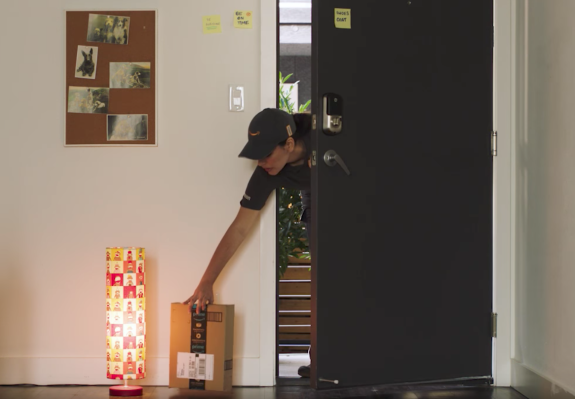 The 'Amazon Key' Would Let Delivery People Open Your Front Door
Next Up: Editor's Pick