A weather reporter was simply trying to do her job reporting on the local climate conditions when there was a slight on-air mix-up that caused her to break down into a lengthy giggling fit.

BBC Scotland’s Kawser Quamer was presenting the weather when a chyron appeared on the bottom of the screen assigning her a dubious new name and job title. Specifically the news ticker accidentally labeled her as “Aaron Ramsay, Ex-offender”. It took Quamer a moment to notice the new name and job title she had been bequeathed, but when she did, she started to giggle—and couldn’t stop for the remainder of her broadcast. In fact, it’s nearly impossible to watch the clip and not start giggling, too.

Quamer has a wonderful attitude about her on-air giggle fit. She later took to Twitter to tease herself for the blooper. 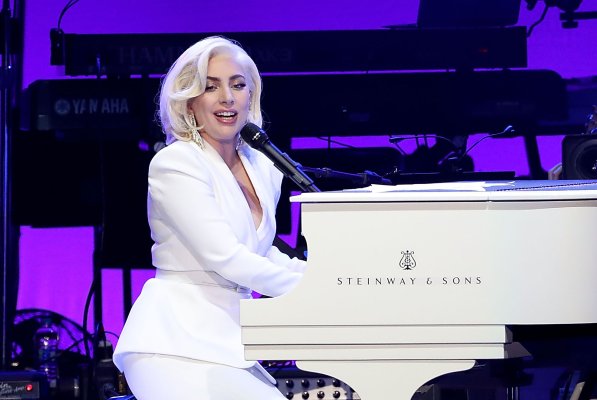 The Internet Demands Justice for Lady Gaga After Unflattering Wax Figure Debuts
Next Up: Editor's Pick