Hillary Clinton Helped Fund the 'Trump Dossier.' Here's What You Should Know About It

The Washington Post reported that in April 2016, an attorney for both the Clinton campaign and the DNC retained a research firm to gather intel on Trump, who was then on his way to the Republican presidential nomination. Later, a former British spy named Christopher Steele was hired and compiled a dossier document that claimed Russia had information it could use to blackmail Trump, among other things.

If you’re scratching your head about what it all means, and what is allegedly in the Trump dossier, we’re here to help.

What is the Trump dossier?

The Trump dossier is a 35-page research document that claims the Russian government had been “cultivating, supporting and assisting” Trump for years. It also says the Kremlin has information it can use against Trump as blackmail.

The claims in the Trump dossier, which was published in full by BuzzFeed News in January, have not been verified. Trump has dismissed the dossier as “fake news.”

Who knew about the Trump dossier?

Information included within the Trump dossier reportedly began making the rounds in Washington in the thick of the 2016 presidential campaign, just as the intelligence community began looking into potential connections between the Kremlin and Trump — connections Trump has consistently denied. The Post reports Steele shared some of his dossier findings with the FBI during the campaign. The agency agreed to hire him to collect more information after the election, only to back away once he was revealed as the author of the dossier.

A two-page summary of the dossier was presented to both President Barack Obama and then President-elect Trump by top intelligence officials in January. CNN first reported that a dossier summary was given, a briefing that was later confirmed by Vice President Joe Biden.

What was Hillary Clinton’s involvement with the Trump dossier?

According to the Post, Steele was not brought on to conduct research about Trump until after Clinton and DNC lawyer Marc Elias retained the research firm Fusion GPS, which hired him.

A spokesman for the Clinton campaign denied having information on the dossier during the campaign, but told the Post that had he known about it, he would have had no issue handing it over to reporters.

“Opposition research happens on every campaign, and here you had probably the most shadowy guy ever running for president, and the FBI certainly has seen fit to look into it,” former Clinton spokesman Brian Fallon said. “I probably would have volunteered to go to Europe myself to try and verify if it would have helped get more of this out there before the election.”

The DNC also told the Post in a statement that the current party chair had nothing to do with Fusion GPS and had no knowledge of Elias’ law firm’s involvement. “But let’s be clear, there is a serious federal investigation into the Trump campaign’s ties to Russia, and the American public deserves to know what happened,” the statement reads.

Has the Trump dossier come up in investigations?

The Trump dossier has also come up amid the federal and congressional investigations into Russian meddling in the 2016 presidential election. Investigators working for Special Counsel Robert Mueller have reportedly interviewed Steele in Europe. Reuters reports his team is looking into details of the dossier document. Mueller is investigating whether Trump associates colluded with Russian agents to influence the election, something Trump has also repeatedly denied.

Last week, an attorney for Fusion GPS sent a letter to the House Intelligence Committee that suggested it has no plans to cooperate with its investigation. In the letter, the attorney also accused the panel of being more interested in finding out who funded the Trump dossier than investigating actual Russian interference, according to the Associated Press. The attorney said if Fusion leaders were subpoenaed by the panel they would refuse to testify by invoking their Fifth Amendment rights. 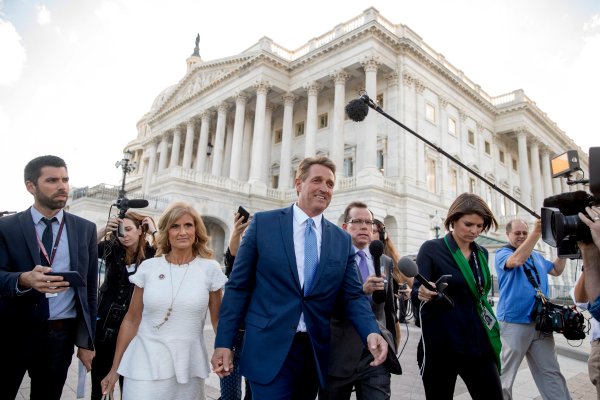