Flying on American Airlines Could Be 'Unsafe' for Black Passengers, NAACP Warns

The safety and wellbeing of African American passengers may be compromised while flying with American Airlines, according to a national travel advisory released Tuesday by the National Association for the Advancement of Colored People (NAACP).

The NAACP, a key organization in the civil rights movement, said that for a number of months it has been monitoring “a pattern of disturbing incidents reported by African-American passengers, specific to American Airlines.” In August this year, the group issued its first ever travel advisory for a U.S. state, Missouri, warning visitors their civil rights could be threatened if they entered the state.

The incidents suggest a “corporate culture of racial insensitivity and a possible racial bias” at the airline, according to the NAACP.

The NAACP cited four incidents it said showed “troublesome conduct” by American Airlines. One of these was an allegation that an African-American man was removed from a flight for responding to “discriminatory comments” from two “unruly” white passengers. Another alleged that an African-American passenger was relegated from first class to coach, while her white traveling companion was allowed to keep the first class seat she had booked.

The group said it was concerned that the cases it cited were only the tip of the iceberg in terms of the airline’s treatment of black passengers.

“The NAACP deplores such alarming behavior on the part of airline personnel,” they continued. “We are aware of these incidents only because the passengers involved knew their rights, knew to speak up and exercised the courage to do so promptly.”

Derrick Johnson, President and CEO of the NAACP, said: “All travelers must be guaranteed the right to travel without fear of threat, violence or harm. The growing list of incidents suggesting racial bias reflects an unacceptable corporate culture and involves behavior that cannot be dismissed as normal or random.”

He called for American Airlines to meet with him to talk about the problems, and said the national travel advisory would remain in place until the NAACP’s concerns are addressed.

The CEO of American Airlines responded on Wednesday, saying he was “disappointed” to hear of the NAACP’s travel advisory, and was “eager to meet with [the NAACP] to listen to their issues and concerns.” 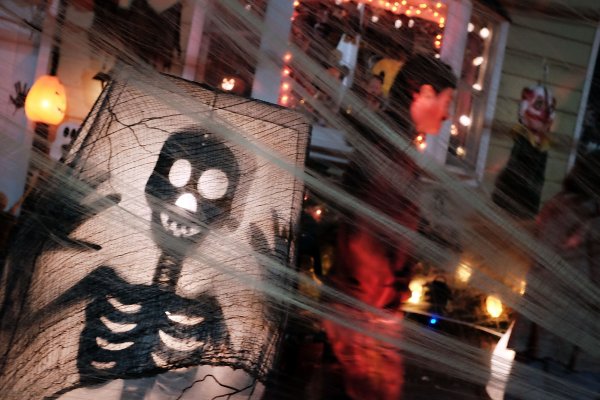 How Old Is Too Old to Trick-Or-Treat on Halloween?
Next Up: Editor's Pick