Venezuela’s opposition suffered a massive blow this week as one of its leading members announced his sudden departure from the coalition.

One-time presidential candidate Henrique Capriles said his exit was in protest at other opposition figures who have pledged allegiance to the constituent assembly, the BBC reports.

The opposition coalition, known by its Spanish-language acronym MUD, officially regards the constituent assembly as illegitimate and unconstitutional. However, four of the five opposition governors who were elected during regional polls on Oct. 15 appear to have changed their position.

The four took their oaths on Monday, just one week after the MUD’s boycott of the assembly’s official swearing-in ceremony, the BBC says.

During the campaign, the opposition candidates swore they would never “submit” to President Nicolas Maduro’s insistence that all new governors take an oath pledging allegiance to his assembly.

Maduro created the constituent assembly in July in a bid to consolidate power and dissolve the opposition-controlled legislature. The assembly decreed that local councils could not swear-in any governor who had not first pledged allegiance to the assembly.

Capriles, who was re-elected as governor of the state of Miranda, said he will no longer take part in the opposition.

“It is just some people that grab the bones that are thrown to them,” he said, according to BBC.

The results of the recent election have been called into question, including by opposition candidates who allege they have evidence of foul play. Despite widespread dissatisfaction with Maduro’s administration, and months of protests amid food scarcity and medical shortages in the lead-up to the polls, the ruling party won 18 of the 23 races. 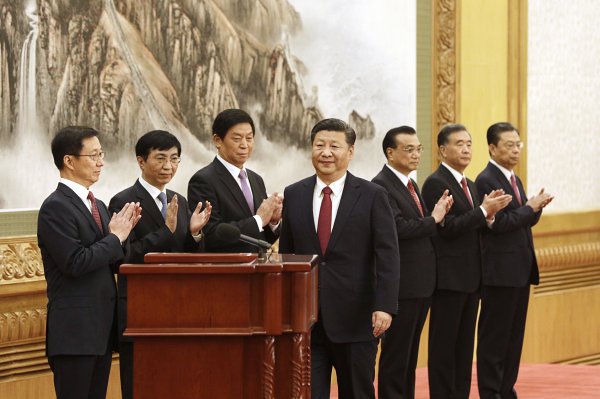