The head of Amnesty International in Turkey is facing charges that could see him imprisoned for up to 15 years, more than a year after an attempted coup in the country led to widespread reprisals in the form of detentions, trials and firings from public office.

The Guardian reports that Taner Kilic is accused of downloading ByLock, a widely available encrypted mobile messaging app. Turkish authorities claim that, ahead of the July 2016 putsch that ended in failure, the app was used by supporters of U.S.-based cleric Fethullah Gulen for secret communications.

Ankara maintains that Gulen and his movement had masterminded the coup — an allegation that Gulen strenuously denies.

Kilic, who has led Amnesty’s Turkish division since 2014, will go to court alongside 10 other Amnesty activists Wednesday, according to the Guardian, in relation to a digital security and stress training workshop organized by Amnesty. The government said the session was held to organize an uprising.

He is also charged with being part of a terrorist group in a second case, which will be tried separately.

In September, the Turkish supreme court ruled that downloading ByLock alone was evidence enough to convict someone of being part of a terrorist group. Kilic said in a witness statement that he hadn’t heard of ByLock until after the attempted coup, reports the Guardian.

“These two trials will be an acid test for the Turkish justice system and will demonstrate whether standing up for human rights has now become a crime in Turkey,” John Dalhuisen, Europe Director of Amnesty, said in a statement. 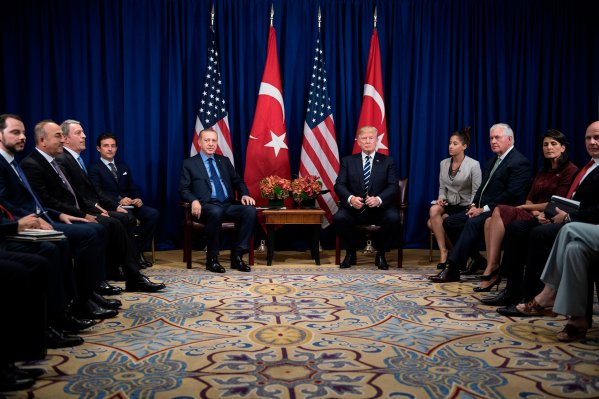 Turkey-U.S. Relations are Going from Bad to Much, Much Worse
Next Up: Editor's Pick