Crossing the street while texting, tweeting, or CandyCrush-ing could cost you, under a new law in Hawaii’s largest city.

Honolulu’s ‘smartphone zombie’ law, which goes into effect today, authorizes police to stop and fine pedestrians up to $35 for walking with their eyes glued to their phone screen, the New York Times reported.

“This is really milestone legislation that sets the bar high for safety,” said Brandon Elefante, the City Council member behind the bill.

Pedestrian deaths in the U.S. rose 11% in 2016 to nearly 6,000, according to a report from the Governors Highway Safety Association, which cited “an increase in walking as a primary mode of transportation, and distraction due to growing use of smartphone technology” as potential factors for the jump. Though a direct link between increasing deaths and smartphone use is difficult to prove, the Centers for Disease Control and Prevention advises safety-minded pedestrians to “avoid distractions such as electronic devices that take your attention off the road”.

The rising risk of injury and death has prompted local governments around the world to address public smartphone use. The town of Bodegraven in the Netherlands embedded LED lighting strips at crosswalks— near smartphone users’ toes — to let them know when traffic lights change. Similar efforts have been introduced in Moscow and the German town of Augsburg, after a teenager was injured by a tram. The Chinese city of Chongqing introduced “cellphone lanes” in 2014 that separated smartphone-using pedestrians from their faster-moving peers.

India has even introduced “no selfie zones” in an effort to curb stampedes and prevent accidental deaths, which are a big problem: of 127 selfie related deaths reported between March 2014 and September 2016, 76 occurred in India alone according to a recent study.

Honolulu likely won’t be the only major American city criminalizing smartphone street-crossing for long. Similar ordinances are being considered in at least ten states, according to the Times, including in New Jersey, where a bill proposed last year included $50 fines and possible jail time for violators, according to the Washington Post. Maybe best to wait on that tweet until you reach the other side. 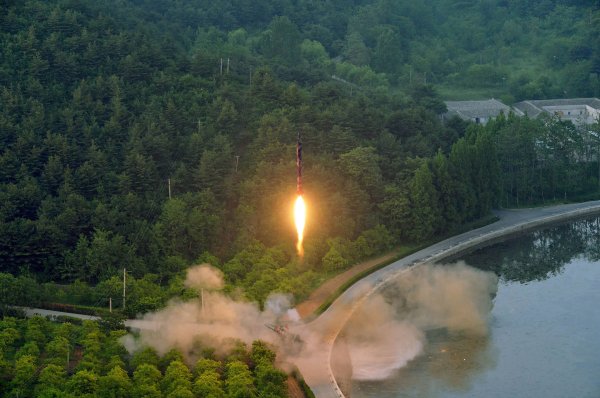 Hawaii to Announce Emergency Plan for N. Korea Attack
Next Up: Editor's Pick