Xi Jinping Designates No Obvious Successor, Laying the Foundation for a Long Reign

Chinese President Xi Jinping, who on Tuesday became his nation’s strongest leader since Mao Zedong, has set the wheels in motion for staying in power beyond his second five-year term by not appointing any young cadres to the top leadership committee of the Chinese Communist Party (CCP).

Following the culmination of the CCP’s 19th Congress on Tuesday, China’s apex seven-member Politburo Standing Committee (PSC) was presented to assembled press Wednesday morning—without any members below the age of 57, making it less likely that a leadership transition will occur at the 20th Congress in 2022.

Addressing the press after the unveiling, Xi did not make any mention of the omission of younger cadres, preferring to concentrate on his goals for China’s “new era” that he defined during the Congress, when Xi had his signature political thought added to the national constitution — an act that puts the 64-year-old in the same lofty bracket as founding father Mao.

“On the march toward common prosperity, no one must be left behind. We will mobilize the whole party and country to deliver on our pledge to eradicate poverty in China,” Xi told the flashing cameras of assembled journalists in Beijing’s Great Hall of the People, though with a some high-profile international media — including the BBC, New York Times and U.K. Guardian — denied access.

“The aspirations of the people to live a better life must always be the focus of our efforts,” he added.

The new PSC is comprised of: Xi Jinping, Li Keqiang, Li Zhanshu, Wang Yang, Wang Huning, Han Zheng and Zhao Leji, with the latter the youngest member at 60 years old. But the unofficial PSC retirement age at a Party Congress is 68, meaning any cadres must be aged 57 now in order to stay on the apex committee for three terms — as would be required of future presidents and premiers.

Xi and Li Keqiang were both younger than 57 upon joining the PSC at the 17th Party Congress in 2007, when they were blooded on the PSC for a full term before ascending to the top jobs, also as convention dictates.

“Xi Jinping has no intention of relinquishing power at the 20th Party Congress five years from now,” says Prof. Steve Tsang, Director of the SOAS China Institute at the University of London. “The only question is how he will stay.”

Xi’s determination to stay on as leader, and his grip on power, are so apparent that potential future leaders have been cowed from coming forward. One likely successor, Sun Zhengcai, was purged from his role of boss of the central metropolis of Chongqing in the run up to the Congress, a move which sent a chill through party ranks. There are also rumors that another possible heir, Hu Chunhua, has been actively trying to avoid the limelight.

“Hu’s a very smart politician in terms of self-preservation,” adds Tsang. “If you know that’s there’s no chance that you could actually be a successor, then why would you risk putting your head on the chopping block? That’s just about the most dangerous, vulnerable place you could be in Chinese politics.”

It wasn’t simply a Xi Jinping whitewash, however. Three of the seven PSC members loosely belong to the CCP’s Youth League faction, rising through the ranks of the party’s junior organization. Xi, by contrast, is a representative of the “princeling” faction” comprising scions of the CCP’s storied founders. Premier Li Keqiang, vice-premier Wang Yang and Shanghai chief Han Zheng are all loosely affiliated with the former and thus are not stone-cold Xi protégés.

“But Li Keqiang has, if you like, been ‘house trained,’” says Tsang, “and neither Wang Yang nor Han Zhen will be able to do very much in terms of opposing Xi Jinping.” 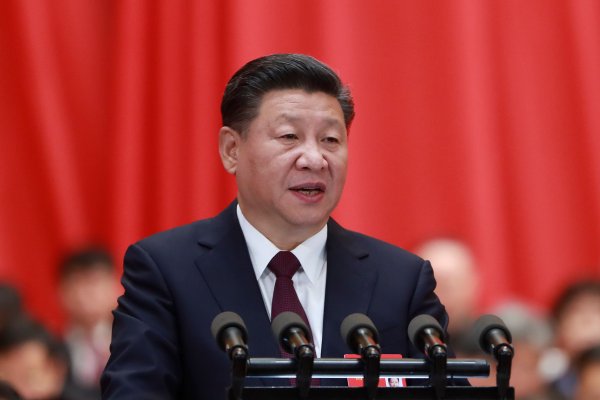 Xi Becomes China's Most Powerful Leader Since Mao
Next Up: Editor's Pick