'Trump Is Treason.' See the Moment a Protester Threw Russian Flags at the President

President Trump faced a vocal protester on his way to a Senate GOP lunch on Tuesday in the midst of his ongoing feud with Sen. Bob Corker.

“Trump is treason,” a male protester yelled repeatedly as the president arrived for lunch with Republican senators at the U.S. Capitol. “Why is Congress talking about tax cuts when they should be talking about treason?”

The man, who was standing with members of the media and posing as a journalist, also threw multiple small Russian flags toward Trump and Senate Majority Leader Mitch McConnell, according to NBC. Trump kept walking and only responded to the taunts with a thumbs up.

The protester was later arrested and identified by police as Ryan Clayton, a man who was involved in a similar incident in July, NBC News reported. In the summer incident, he allegedly told Secret Service agents he was part of Americans Take Action, a group actively calling for Trump’s impeachment.

Watch the full video of Tuesday’s protest above. 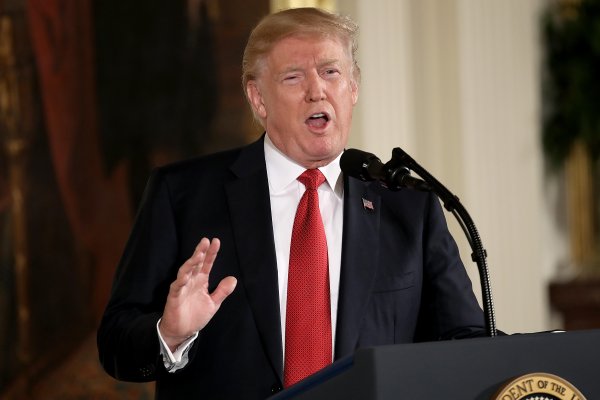 The Internet Is Having Too Much Meme Fun With Trump's New Hats
Next Up: Editor's Pick