Chanteuse and all-around cultural icon Barbra Streisand knew that she was destined for greatness at a young age, even if her mother needed some convincing.

In an interview with Alec Baldwin on his podcast Here’s the Thing, Babs revealed that her mother was less than thrilled with her desire to be in show business and instead tried to advise her to take up a practical skill like typing. Streisand’s response? She grew out her nails and continued to her pursue her dreams, although she admitted in hindsight that typing skills may have actually come in handy.

“My mother didn’t believe in me. She kept telling me, ‘Do what your father did, become a teacher…learn to type,'” she said. “And that’s when I let my nails grow long. So I couldn’t type. Believe me, I wish I could type now. I have to dictate everything into a tape recorder.”

“To make money, you’d get 4 dollars and five cents…to be an usher in the theater,” she said. “So I would love to go see the plays, but in a sense I didn’t have enough money to see all the plays. So I became an usher in the theater so I could see the play. But meanwhile I was 16, 17, that kind of age? I knew that I would be famous. Because I would hide my head so they wouldn’t see me at my face showing them to their seats ‘cause I thought, ‘You know, when I become famous, they’re gonna recognize me as the girl who showed them to their seats.” 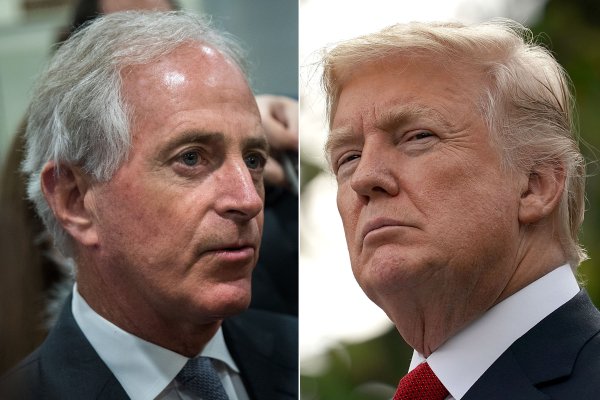 The Internet Doesn't Know What to Make of Donald Trump Calling Bob Corker 'Liddle'
Next Up: Editor's Pick